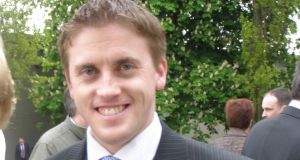 Cormac Devlin: “If people are being told they must select a certain gender, I think that is wrong. The members should be supreme and they should be respected by the party.”

Fianna Fáil councillor Cormac Devlin has warned he will take legal action against the party if it issues a directive to select a female candidate in his Dublin constituency. His warning comes as former Fianna Fáil leader Bertie Ahern described the gender quotas system as “zany”. The gender quotas stipulate that 30 per cent of candidates a party puts forward have to be female or they lose funding.

Mr Devlin is contesting the selection convention in Dún Laoghaire alongside councillors Kate Feeney and Mary Hanafin. In a letter to members, the party has advised a direction will be issued from the National Constituencies Committee ahead of the convention in two weeks.

Mr Devlin told The Irish Times he was taking legal advice about his options if Fianna Fáil moved to direct members to select a woman. “If people are being told they must select a certain gender, I think that is wrong. The members should be supreme and they should be respected by the party.”

Two Dublin constituencies have been directed to select a single woman candidate. Two male candidates, Daithí de Róiste in Dublin South Central and Brian Mohan in Dublin Central, had put their names forward for convention. The party decisions will pave the way for Catherine Ardagh and Mary Fitzpatrick to be selected as the single candidates in both constituencies.

Members of the party in Dublin South Central and Dublin Central received a letter from the national conventions committee stating it had decided that “one candidate be selected at the convention and that that candidate be a woman”.

Mr Ahern told Newstalk the system would block two candidates who had worked in local politics for years from contesting an election.“I think it’s mad. The idea that the person who works their way through the system . . . is told ‘you happen to be the wrong gender, so go away’.”