Israel may shut down its embassy in Dublin 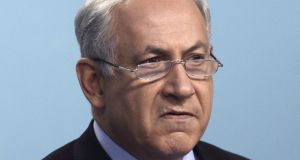 Israel is considering closing its embassy in Ireland as part of a cost-cutting plan, according to Israeli media reports.

The Dublin embassy is the only western European mission on a list of seven embassies and consulates listed for closure by the ministry of foreign affairs, the Israeli newspaper Yedioth Aharonoth reported. The others are embassies in Belarus, Eritrea and the Dominican republic, the consulates in Atlanta and Bengaluru and the embassy in either Latvia or Lithuania.

Israel opened its embassy in Ireland in 1996, 21 years after diplomatic relations were established between the two countries. Its opening ended a long bilateral standoff that for a number of years meant Ireland was the only European Union state not to have an Israeli embassy.

Earlier this month, the Israeli foreign ministry announced that following budget negotiations with the finance ministry it planned to close seven diplomatic missions over the next three years. Israel’s 100 remaining missions would receive an overall budget increase of about $50 million (€41 million) to compensate for the loss of the seven offices.

The statement said it had not yet decided which missions to close, with a committee due to submit recommendations by the end of the month. A previous working document had proposed 22 mission closures and severe job cuts.

Israeli prime ministry Binyamin Netanyahu, who is also the country’s foreign minister, will have to sign off on any closures.

The opening of the Israeli embassy in Dublin in 1996 followed a long impasse on the question of exchanging resident ambassadors. Irish governments had several times been on the point of agreeing to the establishment of an Israeli mission here when new attacks on Irish UN forces in south Lebanon by an Israeli-backed militia soured relations.

The government finally announced its agreement to the opening of an Israeli embassy here in December 1993 and, on the same day, invited the Palestinian Liberation Organisation to open an office. Ireland opened an embassy in Tel Aviv in 1996.

While political relations and trade have developed in the past two decades, the Israeli government regards Dublin as one of the most pro-Palestinian EU states and bilateral ties have often been strained. In 2010, the government expelled an Israeli embassy official as punishment for the alleged use by Mossad of forged Irish passports to assassinate a senior Hamas figure in Dubai.

Israel refused to confirm or deny its involvement in the killing of Mahmoud al-Mabhouh in a Dubai hotel, but police in the Arab emirate said Israeli agents using 32 fake passports – including eight belonging to fictional Irish citizens – had taken part in the operation.

Two State investigations received no co-operation from the Israelis but nevertheless reached “the inescapable conclusion that an Israeli government agency was responsible”, then minister for foreign affairs Micheál Martin said. The expelled official was not accused or suspected of any particular wrongdoing, Mr Martin said at the time.

In February last year, the Israeli newspaper Haaretz reported that Israel’s ambassador to Ireland, Zeev Boker, cabled a warning to the Israeli government that Dublin would soon recognise Palestine as a state. Although that has not happened, there is gathering momentum for the move, with the Dáil and Seanad both having adopted separate motions on the issue.

The programme for government says the minority administration will “honour our commitment to recognise the state of Palestine”, but Government sources say Dublin would prefer a co-ordinated move among EU states.

A spokesman for the Israeli embassy in Dublin said in a statement that no decision had been made “regarding the identity of the Israeli missions that might be closed”.

The spokesman said in the course of 2018 the foreign ministry would compile a list of recommendations and submit it to Mr Netanyahu.

“Only after the prime minister’s approval will we know which missions might be affected.”

1 Coronavirus: More ‘striking’ evidence BCG vaccine might protect against Covid-19
2 Boris Johnson spends night in intensive care after coronavirus symptoms worsen
3 Genetics shed light on origins of Irish strains of Covid-19
4 Letter to grandad who died from Covid-19: 'I'm proud of my future because I can be like you'
5 Donald Trump’s clown car administration has put the fear in all of us
Real news has value SUBSCRIBE