European elections ‘most important in 40 years’ 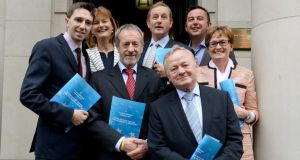 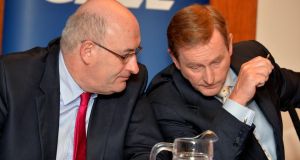 Taoiseach Enda Kenny said next month’s European elections were the most important for 40 years when he urged voters today to take account of Fine Gael’s alignment with the most powerful voting bloc in the European Parliament.

At the publication of his party’s European manifesto, Mr Kenny said the parliament has unprecedented powers since the Lisbon Treaty took effect as MEPs now vote on most EU legislation.

The manifesto concentrates on the drive to consolidate Ireland’s recovery through the promotion of job creation, financial stability and economic growth.

While Europe had supported Ireland during the financial crisis, the Taoiseach said he now wants Europe to support the recovery itself.

The manifesto includes promises to implement a well-resourced youth guaranee - to provide training, education or jobs for under-25s - and to support the drvie to improve the lending capacity of the European Investment Bank for small and medium-sized companies.

Mr Kenny said a vote for Fine Gael candidates was a vote for MEPs with “real clout”, thanks to Fine Gael’s membership of the centre-right European Peoples’ Party group in the Parliament.

This group, which includes powerful figures such as German chancellor Angela Merkel, currently holds 275 of the 751 seats in the Parliament, more than any other.

“The Fine Gael MEPs will be part of the largest group in the Parliament, the European People’s Party, where they will have direct influence where it really matters,” the Taoiseach said.

“The outcome of that will be stability, will be [the] appointing of representatives to a Parliament which is growing in influence but which will also see its representatives themselves belong to a bloc of political influence which stands for entrepreneurship, innovation, opportunity, integrity, and prosperity and full employment for all.”

Fine Gael won four seats in the 2009 election and it is campaigning to retain that tally even though the number of Irish seats in the next Parliament is declining to 11 from 12 as the assembly makes way for MEPs from new member states.

Minister of State for Finance Brian Hayes is the candidate in Dublin where he hope to take the seat held buy Gay Mitchell, who is retiring.

Although the result of a weekend opinion poll suggested Mr Hayes may struggle to win, Mr Kenny said he never commented on polls and would comment instead on the “outstanding” attributes of the candidate himself.

Mr Hayes had “proven his worth” in complex and technical financial issues when standing in for Minster for Finance Michael Noonan in talks with European ministers.

In the expanded Midland-North-West constituency, MEPs Mairéad McGuinness and Jim Higgins are bidding to retain their seats. In South, MEP Seán Kelly is seeking to retain his seat on a ticket that also includes Cork-based Senator Deirdre Clune and Wicklow TD Simon Harris.