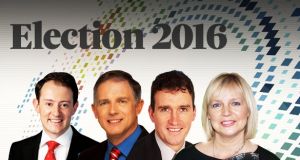 Deputy Sean Sherlock was the first over the line in Cork East securing his seat shortly after 7am on Sunday after a marathon count in Mallow Youth Centre. Deputy Sherlock, Deputy David Stanton of Fine Gael and Kevin O’Keeffe of Fianna Fail were all elected on the eighth count. The distribution of Fine Gael councillor Noel McCarthy’s votes pushed all three over the line.

Cllr Pat Buckley was deemed elected without having reached the quota shortly before 8am on Sunday morning. He received 8639 votes.

The first count did not occur until 7.55pm on Saturday and the count was a gruelling experience for the sixty counters.

Deputy Stanton is back in the Dail for the fifth time having been first elected in 1997.

With Kevin O’Keeffe in the Dáil Fianna Fail has signalled the end of the first Dail term in the history of the State where the constituency did not have a party seat. Kevin O’Keefe is the son of former minister Ned O’Keeffe who stood down prior to the 2011 election.

Kevin O’Keeffe topped the poll for first preference votes and said he was honoured and delighted to be a TD for Cork East.

“I was disappointed in 2011 when we lost the two seats and even more for myself having come so close.”

Deputy Sean Sherlock bucked his party trend topping the poll in the constituency. He thanked his Labour team for their hard work.

“To be honest I have yet to internalise the impact of this victory as it goes against the head when you look at the national situation but I must thank my team for their hard work and commitment.”

Former junior minister Michael Ahern’s 34-year old-daughter Barbara came in fifth in the constituency. She is an accountant who has lived in Gibraltar in recent years. Ms Ahern secured 6781 votes.

Turnout in the constituency was at 62 per cent.