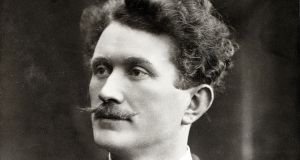 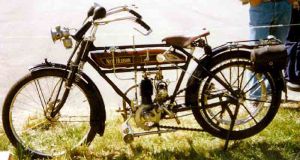 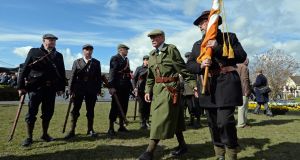 Members of Fingal Old IRA Commemorative Society in a re-enactment of the 1916 Grand National, at Fairyhouse. Photograph: Eric Luke / The Irish Times 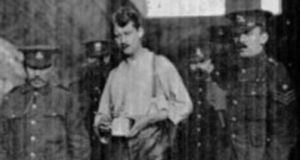 According to many historians, there was only one outright military success on the rebel side during the 1916 Rising – many acts of heroism and valour but just a single military victory – and that was at Ashbourne in Co Meath.

The action involved about 35 members of the 50 to 60-strong Fingal Brigade of the Irish Volunteers under the leadership of Thomas Ashe and his second-in-command, Richard Mulcahy.

Mulcahy went on to have a notable career as a soldier, government minister and leader of Fine Gael. Ashe died in 1917 and although he was admired for his role in the Rising and revered for some years afterwards, his memory has not proved as durable as that of other leaders of the Rising.

Prompted by the Decade of Centenaries and a desire to promote interest in local history, Fingal County Council has been trawling archives for information about the Battle of Ashbourne, an exercise that has drawn renewed attention to the role played by Thomas Ashe . . . and his motorbike.

While rebel leaders, including Michael Collins, were known to traverse Dublin on bicycles, Ashe was tootling around Fingal on his motorbike gathering intelligence before the Rising.

Rebel on a bike

Ashe’s bike was a New Hudson, a 2½ horsepower, two-stroke machine built in Birmingham by George Patterson. It had Dunlop tyres, a Brown and Barlow carburettor and just one gear. It was a skeletal-looking machine, typical of the early motorcycles but it appears to have served Ashe – and the rebel cause – well during the Rising.

Ashe’s role in the Rising will be remembered on Saturday afternoon at a commemorative ceremony at his home in Kerry attended by members of his family.

Thomas Ashe was born in 1885 in Kinnard, a townland about 5km east of Dingle. The family was bilingual and Ashe embraced aspects of the Gaelic revival, founding a pipe band and GAA club in Lusk, north county Dublin where he became principal at Corduff National School in 1908.

He taught the children Irish and, according to his sister Nora, “when the children marched out to recreation, he used to get them to march over a Union Jack which he provided for the purpose”.

He was a good singer – “he had a beautiful voice. . . and a wonderful collection of ballads and songs”, Nora told the Bureau of Military History in 1952 – and was also something of a poet, penning the poem Let Me Carry Your Cross for Ireland, Lord, which was renowned in its day. He numbered among his friends the playwright Seán O’Casey.

Ashe was also a member of the Irish Republican Brotherhood, the main political organisation behind the Rising, as well as the Irish Volunteers, founded in 1913, mirroring the Ulster Volunteers, set up a year before with the aim of resisting Home Rule.

Royal Irish Constabulary stations in Swords, Donabate and Garristown were attacked in a series of lightning raids and relieved of guns and ammunition before the brigade was asked to send 20 reinforcements to Dublin. On Friday, Ashe and about 35 volunteers attacked Ashbourne barracks, Ashe flamboyantly mounting a bank at Rath Crossroads and shouting at the police inside to surrender. He was greeted with a volley of gunfire, prompting a 30-minute exchange in which the volunteers gained the upper hand.

But as the police were surrendering, a convoy of between 17 and 24 cars of RIC reinforcements arrived. However, poor police leadership and rebel determination won the day for the volunteers after a chaotic five-hour battle. “The volunteers’ field training and superior marksmanship began to tell,” according to historian Paul Maguire. “The police had been bottled up on the road by a small party of volunteers. . .”

Eight police were killed and 18 wounded. By contrast, just two volunteers died and five were wounded.

Pearse’s surrender in Dublin spelled the end for Ashe and his men. Arrested and brought to Kilmainham Gaol, Ashe was photographed there wearing what appear to be his motorcycle leather trousers and boots.

Sentenced to death with Éamon de Valera, Ashe was dispatched to various jails in England, the sentence commuted.

In June 1916, from Dartmoor, he wrote a letter to his sister Nora, a copy of which was found recently in the National Library by Fingal researcher Dr Bernard Kelly. Ashe asks her to have his friend Dan McAllister from Donabate “keep my motorbike for me and to take all care he can of it”. He added: “I have invented (it is only in my mind so far but all details are complete) a lamp suitable for motor-bikes and motor cars, of which I’ll say no more until my return except that it is going to beat all the acetylene and electric lights so far used in efficiency, beauty and cheapness.”

In June 1917, Ashe was freed from Lewes Jail in Sussex as part of a general amnesty and the next month he was off to Clare on his motorbike helping Dev’s successful byelection campaign. Perhaps as a reward, in August Ashe bought another motorcycle, an altogether more serious machine.

It was a six-horsepower Hazelwood Twin Cylinder, built in Coventry and powered by a JAP (John Alfred Prestwick) kick-start engine that had three gears, a Lucas Lampset (of Ashe’s invention no more is known) and a wicker sidecar.

An inquest revealed his treatment (he was held in a cell for 50 hours without bedding or footwear before the force feeding) prompting public outrage and condemnation by the jury.

His body was taken through a jam-packed College Green to lie in state in City Hall and from there to Glasnevin Cemetery, the funeral orchestrated by his former comrade Richard Mulcahy. A graveside oration by Michael Collins was a succinct echo of Pearse’s speech at the interment of O’Donovan Rossa: “Nothing additional remains to be said,” spoke Collins after the gun salute across Ashe’s open grave. “That volley which we have just heard is the only speech which it is proper to make above the grave of a dead Fenian.”

Fundraising for what became the Thomas Ashe Memorial Hall in Tralee (now Kerry County Museum) included raffling his New Hudson and Hazlewood Twin motorbikes in 1918 – tickets one shilling – for a draw on St Patrick’s Day, 1918. “We don’t know who won the raffle,” says Colm McQuinn, Fingal’s archivist, collecting material for an exhibition on Fingal and the Fight For Irish Freedom. “Someone obviously did because they built the hall.” Today’s ceremony takes place at 2pm in Kinard, Lispole, near Dingle. Fingal and the Fight for Irish Freedom is on in County Hall in Swords town