Investigation follows allegations that weighing scales were tampered with in Dingle, Co Kerry 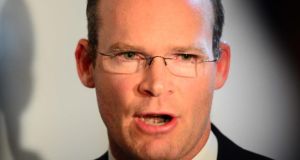 The suspension comes days after Minister for the Marine Simon Coveney announced a €500,000 grant for the fish factory. Photograph: Eric Luke/The Irish Times

The State’s Sea Fisheries Protection Authority (SFPA) has suspended a permit for a Co Kerry fish factory “pending inquiries” into allegations that weighing scales were tampered with.

The move to suspend the weigh permit comes just days after a grant worth €500,000 was approved for the factory, Ó Catháin Iasc Teo in Dingle, Co Kerry.

The grant was announced by Minister for the Marine Simon Coveney as part of a €2.7 million allocation to 18 companies under the 2015 seafood processing business investment scheme.

The authority confirmed to The Irish Times that it has suspended the weigh permit, pending the outcome of an investigation into allegations that weighing scales were tampered with.

The authority would not comment directly on a video sent to its offices which prompted the investigation. It said EU fishery regulations require all fishery products to be weighed immediately on landing.

“A derogation allows the weighing to take place after transport – typically at processing establishments – provided the SFPA is satisfied with the accuracy and correct use of those weighing systems,” it said.

“As part of its statutory remit, the SFPA carries out official controls to ensure the accuracy of fish-weighing systems operated in all SFPA-permitted premises,” the authority said.

“This enables SFPA to ensure that national quotas are fairly, continually and sustainably managed – thereby helping to support the livelihoods of some 7,000 Irish fishing industry workers, the vast majority of whom operate within the requirements of the EU Common Fisheries Policy,” it said.

Department of AgricultureFood and the Marine

The SFPA was established as the State’s independent fisheries control authority in 2007 and is responsible for regulation of seafood and sea fishing within Ireland’s 200-mile limit. It works with the Naval Service, and is based in Clonakilty, Co Cork, with offices in the major ports around the coastline.

Last September, the authority wanted to initiate video surveillance within fish factories as a licensing condition, following allegations of “deliberate tampering” with a weighing system within one factory in the northwest.

The authority said it wanted all pelagic (herring/mackerel) fish to be weighed on the pier, until a new “tamper-proof” system of weighing in factories could be introduced.

However, the Irish Fish Processors and Exporters’ Association warned of overreaction, and said at the time that fish quality could be affected if it was weighed on the pier, as it would involve separating water from fish. Chilled water was “essential” to maintain quality, it said.