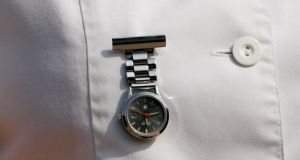 Psychiatric nurses appear poised to back potential strike action in a row over pay.

At their annual conference in Cavan on Thursday, members of the Psychiatric Nurses Association (PNA) are likely to back a motion calling for a ballot for industrial action in the event the Public Service Pay Commission does not recommend substantial pay measures to address the recruitment and retention crisis in nursing.

They are also set to demand pay parity with therapists in the health service. They are also expected to strongly criticise existing arrangements under which in some cases psychiatric nurses are paid less then healthcare assistants.

The conference will also debate a motion calling for a ballot for industrial action in the event the HSE continues to refuse to treat members of the National Ambulance Service Representative Association (NASRA) members in the same manner as other organisations and allow deductions at source from members’ salaries. The NASRA is an affiliate of the PNA.

The conference is expected to hear that the PNA believes that this scale must start at a point higher than €35,319, which a healthcare assistant earns at the top of their scale.

The PNA will also argue that in Ireland, a nurse is treated as a lesser professional than therapy grades in the health service.

“Having regard to the comparable minimum qualifications (honours degree) and the role and responsibilities, the therapy grades’ salary scale should be applied in its entirety to nursing,” the PNA will maintain.