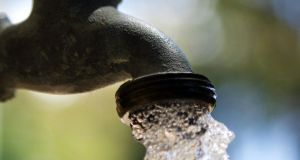 Thousands of householders who have been paying for water services on group schemes in rural areas still have no clarity about their future with Irish Water, according to the National Federation of Group Water Schemes.

He said group water schemes that depend on private sources of water fear their State aid will be abolished.

Such schemes are “in limbo” because Irish Water has been “reluctant to engage” with the sector, Cllr Murray added.

There are some 365 privately sourced group water schemes across the State, and more than 1,000 schemes connected to public sources.

The national federation says there is no average household payment, as it depends on usage and the state of the network, but annual charges can range from €50-€60 and up to €140.

Privately sourced schemes will remain in community ownership,whereas those connected to the public supply will become Irish Water customers.

Cllr Murray said that such schemes “feel abandoned by Government”.

In the past, schemes could be eligible for a write-down or subsidy if there was a leak, but there is no guarantee that this will take place in future, he said.

The Department of the Environment said it understands there may be some group schemes where “local arrangements” may have applied. It said “future arrangements” in relation to these schemes will be “resolved as soon as possible”.

Irish Water said it was “working through a process in relation to group water schemes and continues to engage with the sector on an ongoing basis”.

“As per the Water Charges Plan, group water schemes continue to operate under the same conditions as they did previous to the foundation of Irish Water and this is not due to change until late 2015,early 2016,” the company said.

The 132 residents have depended on collecting rainwater or boring wells, and had been told previously that funding of about €2 million was not available to provide a piped supply.

Ms Higgins, who criticised the “abject failure” in prioritising development in the village, said she had been told two options were being considered by Irish Water.