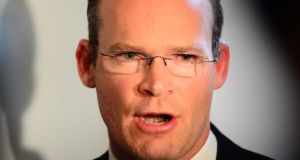 Simon Coveney: has yet to approve proposal

The Ombudsman has initiated a preliminary examination of a claim that the Department of the Marine withheld scientific information from the European Commission.

Friends of the Irish Environment has claimed the department “concealed” a report from Inland Fisheries Ireland (IFI) during the commission’s pilot investigation of the issue.

The Ombudsman has agreed to undertake the preliminary examination on the basis of available information, while EU environmental commissioner Janez Potocnik recently indicated to MEP Nessa Childers that all material would be sought to see if a reopening of the investigation was justified.

The department maintains it “forwarded all relevant material to the commission, including material supplied by IFI” and that the commission arranged for IFI to “make a directoral presentation of its position at a meeting on December 19th, 2011”.

“Following consideration of the scientific facts underpinning the State’s control protocols for the management of sea lice the EU Commission closed the case on October 11th, 2012,” the department has said.

Green Party marine spokesman Seamus Sheridan has said the sea lice debate was overshadowing other serious concerns relating to the proposed 15,000-tonne organic fish farm for Galway Bay, such as the impact of any antibiotics used and source of sustainable feed.

He has called on Minister for the Marine Simon Coveney to “pause” plans for the farm – which Mr Coveney has yet to approve – and establish a working group on the future of aquaculture.

Mr Sheridan believes a project of this size should be built on land to reduce risk of escapees, contact with wild salmon and other impacts on marine life.

Mr Sheridan said he believed Ireland could be an international leader in fish and shellfish farming, if these were run sustainably.

Developing more lobster nurseries, fish hatcheries, oyster and shellfish beds and seaweed farming, and creation of marine conservation areas up the coastline could yield enormous benefits for marine tourism, he said. These would be “far preferable to exporting frozen fish to China”.

Tourism ‘triumvirate’
Mr Sheridan said while he had no difficulty with the visual impact of fish farms, the location of this project so close to a “triumvirate” of the west coast’s tourist attractions – the Burren, the Aran Islands and Connemara – was questionable. He also queried the actual employment the farm would create and the use of the term “organic”.

He said that, for a State body advising Mr Coveney on the project, the Marine Institute was showing “overenthusiasm” for it. Bord Iascaigh Mhara is seeking the licence.

“It really behoves the institutions of State to be very cautious and up-front about where they choose to publish their science,” he added.

The Marine Institute has said it stands over the work of its scientists, following recent criticism by IFI and environmental groups over its latest aquaculture-related research.