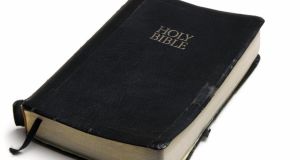 The complainant in the case said his religious beliefs required him to speak to people about Jesus and share the gospel with them.

A born-again Christian who was fired from South Tipperary County Council has been awarded €70,000 compensation after the Equality Tribunal found he was discriminated against over his religion.

According to the council, John McAteer was dismissed after repeatedly failing to comply with senior staff members who told him to stop speaking about his faith to workers and members of the public during office hours.

Mr McAteer said the tenets of his religion require him to speak to people about Jesus and share the Gospel with them.

The complainant had been working as a civil engineer in the Clonmel Borough Council from December 2007 until his dismissal in July 2010.

In April 2008, he was informed by the council’s human resources officer that a complaint had been received over him speaking about his faith in the office.

He was told not to talk about religion during the working day, including during his lunch break.

Mr McAteer said he found this particularly difficult as speaking to others about his faith was integral to the practice of his religion.

In June 2008, he attended a disciplinary meeting to discuss a number of instances where he spoke about his religious beliefs to members of the public during working hours and his failure to comply with the direction of a senior member of staff.

He was warned if he continued to disregard instructions from senior management and share his faith with people during normal working hours he would be sacked.

In August 2008, he left the office to check on the construction of a footpath. While doing so he met a man with a motorbike to whom he spoke about religion.

This resulted in another disciplinary meeting and a final written warning.

In June 2009, Mr McAteer was suspended without pay for two months and was ordered to see a professional to help him with his compulsive behaviour after he was spotted talking to a man outside a coffee shop about religion.

In June 2010, the borough council manager informed Mr McAteer that he was to be dismissed after speaking to a man working as a contractor at the council offices about Jesus.

Counsel for Mr McAteer submitted that he was an evangelical Christian and that he sought to manifest his beliefs by sharing his faith with others and that this type of practice constituted a fundamental tenet of his belief system.

It was argued that Mr McAteer was not facilitated in the practice of his beliefs by the council and as a result of practicing them was accused of gross misconduct.

The council submitted that Mr McAteer was not dismissed because of his religious beliefs but because he continually failed to comply with the directions of senior members of the council.

The council also said declarations concerning human rights protect the right to hold a religious belief but that no right is absolute and unlimited.

The equality officer Marian Duffy noted that European charters on human rights and freedoms protect a right to manifest one’s religion and, therefore, the manifestation of religion is covered within the Employment Equality Acts.

Ms Duffy said she was satisfied the “treatment of the complainant and the monitoring of him by council staff directly related to his religious beliefs and the manifestation of these beliefs”.

She said the ban placed on him from sharing his faith between 9am and 5pm impacted disproportionately on people of his religious faith.

Ms Duffy added: “For these reasons, I am satisfied that the complainant has established a prima facie case of discriminatory treatment in relation to his conditions of employment and dismissal.”

In calculating redress, she noted that Mr McAteer, whose salary had been €54,000, has only succeeded in finding part-time work since his dismissal.