Hundreds required emergency treatment in 2014 after inflicting injuries on themselves 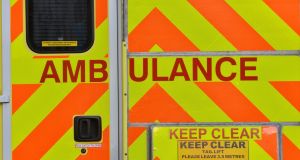 Hundreds of children aged between 10 and 14 years required emergency hospital treatment last year after inflicting injuries upon themselves, according to official figures.

Nationally, the number of self-harm cases stabilised in 2014, but there was a surge in the numbers under 14, according to the annual report of the National Self-Harm Registry.

The rate of self-harm among boys as young as 10 grew by 44 per cent last year. Among the 10-14 age group, 78 boys and 244 girls presented at hospitals after harming themselves.

The increase is particularly worrying, according to the registry, because self-harm methods among men tend to involve “higher lethality” and there is a greater risk of suicide following self-harm among males compared to females.

The trend highlights the need for awareness programmes geared to young boys and aimed at reducing stigma related to mental health, it says.

Further research is also needed into the effectiveness of interventions such as cognitive behaviour therapy which have proved effective with girls.

The overall rate of self-harm was unchanged from 2013 and follows three decreases in successive years.

However, the rate last year was still 6 per cent higher than the rate recorded before the recession in 2007.

The report finds wide variations in the rates recorded in different cities and counties. Men in Cork city were three times more likely to self-harm than men in Co Clare, while the rate among women was three times higher in Limerick city, compared to Co Monaghan.

The only significant decrease in the male rate of self-harm was in Co Carlow, down 37 per cent, while similar drops for women were recorded in Co Tipperary and Limerick city.

The rate among women jumped 33 per cent in Co Kilkenny.

Intentional drug overdose was the most common method of self-harm, occurring in two-thirds of all cases.

Medicines such as tranquillisers, anti-depressants and paracetamol were involved in 21-37 per cent of drug overdose acts, while hanging occurred in 7 per cent of self-harm incidents.

The report says the steep increase in self-harm involving highly lethal methods noted between 2007 and 2010 may have begun to level off. Similar to 2013, alcohol was involved in over one-third of cases.

Presentations in hospitals peaked around midnight and almost one-third took place on Sundays and Mondays.