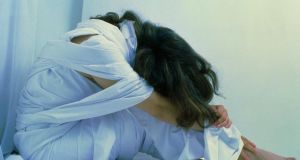 A new study into bipolar disorder suggests scientists may be on the verge of identifying the mechanisms that lead to its onset.

Research carried out by Prof Nick Craddock and Prof Pamela Sklar of the Institute of Psychological Medicines and Clinical Neurosciences at Cardiff University said identification could lead to substantial improvements in the diagnosis and treatment of the illness.

Bipolar disorder, also known as manic-depressive illness, is a condition in which people episodically go from very high mood to very low mood. It is usually accompanied by disturbances in thinking and behaviour. In Ireland, 40,000 people suffer from the condition.

At present, there are no diagnostic tests to identify the illness and it is identified in an individual based on symptoms. There is an average delay of five to 10 years between the onset of bipolar disorder and diagnosis.


Gene evidence
The study, published in the Lancet today, found strong evidence that multiple genes contribute to the risk of developing bipolar disorder. According to Prof Craddock, to think of any case as being either genetic or environmental, or to talk about a gene for bipolar disorder, makes no sense. “The key point is that most cases of bipolar disorder involve the interplay of several genes or more complex genetic mechanisms, together with the effects of the environment, and chance,” he said.

The study said no research yet warrants clinical genetic testing for bipolar, but some results might do so in the near future.

The most likely scenario for predicative testing was the use of several individual risk genes or group of genes with an overall measurement of risk.

“Clinically useful tests would have great potential to improve outcomes,” the study said. People at high risk could be offered lifestyle advice and could benefit from prompt and accurate diagnosis if illness develops.

The authors emphasise that bipolar disorder research now needs to follow up genetic studies with imaging and psychological studies, to try to unravel the complex biological mechanisms involved in bipolar disorder, and bring biological understanding closer to the experience of the patient. There is no indication in the study of how long this night take.

A second paper, also carried in the Lancet , outlined the substantial difficulties in diagnosing bipolar disorder and said in many patients depression is the initial diagnosis. Written by Prof Mary L Phillips and Prof David J Kupfer of the department of psychiatry at the University of Pittsburgh, the paper said this misdiagnosis could be a major problem, because medication used to treat unipolar depression is not the same as that used to treat bipolar disorder,