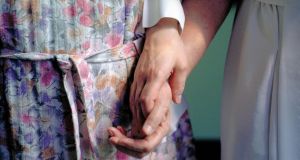 “One family advised us that prices in direct costs to the resident can cost up to €3,600 for social activities while other homes have no charge”


A private nursing home in Dublin has claimed health authorities suggested it start charging residents for social programmes in order to make up for a cut in its State funding.

Carysfort Nursing Home in Glenageary has written to residents and the Health Information and Quality Authority chairman Brian McEnery claiming Fair Deal funding for each patient is being cut by €60 a week from next month.

Under the scheme, patients make a contribution towards the cost of their care and the State pays the balance.

The letter, a copy of which has been seen by The Irish Times , claims the National Treatment Purchase Fund (NTPF), which oversees the scheme, has offered a rate of €1,050 a week for each Fair Deal resident – a €60 reduction.

Edward Pakenham, who runs the nursing home, wrote: “I am writing to you to answer the many questions that families have put to us over the past few weeks regarding of Fair Deal negotiations.

“Twice during statutory negotiations the NTPF official in charge of our file suggested we make up this shortfall by placing a charge to our residents for social programmes, as we currently do not charge.”

“I think it would be in your interest to contact NTPF chief executive Ian Carter to ask him why his officials are encouraging us to charge our residents for social programmes,” the letter added.

A statement from the National Treatment Purchase Fund did not address the matter of Mr Pakenham’s claims regarding the charging of residents to make up the funding shortfall, but said “private nursing homes may impose additional charges for incidentals/extras such as social programmes, transport, newspapers, hairdressing etc as these costs are not included in the cost of care”.

“If this is true, for many of the most vulnerable elderly members in our society, such increases are basically sneaky stealth taxes,” he said.

“They are not negotiable and, unlike the minister for finance, do not have the backing of Dáil Éireann which approves of such taxation proposals.

“One family advised us that prices in direct costs to the resident can cost up to €3,600 for social activities while other homes have no charge,” he added.