Nine in 10 medical students may leave Ireland on qualifying 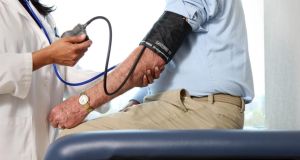 Nine out of 10 medical students plan to leave or are “contemplating” leaving Ireland when they qualify, a new study involving the State’s six training schools has found.

Career opportunities, working conditions and lifestyle are cited as the top three factors for migration by some 88 per cent of over 2,000 students surveyed.

The study led by NUI Galway (NUIG) and published on Thursday has found pay was not a key issue among the respondents.

The Irish Hospital Consultants’ Association had said highly trained doctors are being “driven out”.

The study’s supervisor, NUIG senior lecturer in social and preventive medicine Dr Diarmuid O’Donovan, has called for action to retain medical graduates and attract back those who have already emigrated.

Final-year NUIG medical student Pishoy Gouda, the principal investigator, said previous studies on this theme had focused on graduates, whereas this analysis involved junior, intermediate and senior students in the six medical schools.

“We found the outcome alarming, as it shows that even pre-med and first-year students are thinking about leaving already,” he said. It reflected a “widespread culture of intention to migrate” in the medical schools.

While medical graduates traditionally sought experience abroad, the research indicated there were several opportunities during different career stages to leave.

“This outflow of qualified personnel may represent a financial loss to the Irish healthcare system,” he noted.

Almost two-thirds said they did not have a great understanding of the training following graduation, and one-third surveyed also indicated they had a poor understanding of how the Irish healthcare system worked.

Dr O’Donovan said the outflow of human capital meant Ireland was having to make enormous efforts to attract medical staff from other countries, including developing nations.

“ Not only is this a problem for Irish recruitment, but we need to be mindful of World Health Organisation guidelines on international recruitment and taking skilled personnel away from countries that have medical staff shortages,” Dr O’Donovan noted.