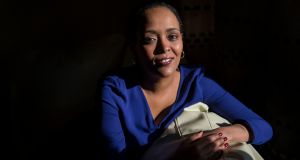 Mehret Yemane was an infant the first time her vagina was cut with a razor blade. By the age of 10, she had undergone female genital mutilation (FGM) four times in her home in Sudan.

“A family friend did it, she kept coming back saying that she didn’t do it right,” remembers Ms Yemane who now lives in Portarlington, Co Laois. “I remember the last time very vividly. My brothers had to hold me down and it took two weeks to heal.”

“It’s like you have an open wound all the time.”

Ms Yemane now acts as a community health ambassador for Akidwa, the national network of migrant woman living in Ireland which launched a national action plan on Wednesday to combat FGM.

The National Steering Committee on FGM led by Akidwa is calling on the Government to develop an action plan to ensure proper protection and support for girls and women such as Ms Yemane who have been subjected to or are at risk of FGM.

FGM involves the partial or total removal of the external female genitalia with the aim of inhibiting a woman’s sexual feelings. At least 3,780 women and girls in Ireland have undergone FGM, with most coming from Nigeria, Somalia, Sudan, Egypt, Kenya and Sierra Leone.

While the steering group acknowledged a growing awareness of FGM in Ireland in recent years, it warned that considerable gaps still exist in combating it and supporting survivors of the procedure.

At least 200 million women and girls worldwide have undergone FGM, according to the latest figures from Unicef. Data published in February showed that women in Indonesia, Egypt and Ethiopia account for half of all FGM victims worldwide. In Somalia, 98 per cent of women between the ages of 15 and 49 have been cut.

Shaykh Dr Muhammad Umar Al-Qadri, imam of the Al-Mustafa Islamic Centre in Blanchardstown, Dublin, says all religious leaders should condemn the “barbaric practice” which he says is “completely un-Islamic”.

“Muslims who carry out FGM are violating the law of their religion and the law of the state,” said Dr Al-Qadri, who spoke at the launch of the FGM action plan. “It is the moral and religious duty of Muslims to denounce this inhuman practice. Those living here and thinking of having their children go through FGM, they must be stopped and know its wrong.”

Ms Yemane, who moved to Ireland more than the decade ago, says she feels a responsibility to educate women and men around Ireland about the procedure. However, she still struggles to talk about her personal memories of FGM.

“In my case it was severe because they cut my clitoris, so my sexual-life is non-existent. I call myself a survivor because I was able to grow up and have children. But some girls can haemorrhage and die from the procedure. I was lucky.”

“I want to make people aware that if they see anything that’s not normal they should act on it. This is deeper than just a bruise. It scars a girl.”