Webpage about screening programme refers to ‘anyone with a cervix’ 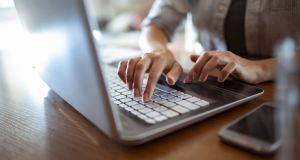 The HSE’s cervical cancer information service said it aimed to make the programme accessible and inclusive of everyone in the population.

The Health Service Executive has defended a decision to remove references to “women” in its online information about cervical cancer screening.

Under changes made last December, the HSE’s webpage about the screening programme refers to “anyone with a cervix” rather than “women” or a “woman”.

This prompted a complaint from a member of the public, who told The Irish Times it would make women’s health information harder to access and harder to understand.

She said that while she was “all for” the inclusion of trans people in the HSE’s information pages, the removal of references to “women” was an “over-correction”.

Responding to the complaint, the HSE’s cervical cancer information service said it aimed to make the programme accessible and inclusive of everyone in the population and to reduce health inequalities where possible.

Advice had been taken from World Health Organisation and Government documents on the use of gender neutral language, while HSE communications guidelines advise the use of “gender-neutral text wherever possible”.

It pointed to a recent example of “language revision” during the mychild.ie campaign, when “your child” and “they” were used in place of “he” or “she” in communications.

CervicalCheck information material has been created in consultation with patients representatives and stakeholders, the HSE also pointed out.

The Marie Keating Foundation told the woman, who does not want to be identified, it was “not in a position” to support her call for references to “women” to be put back into the communications material.

The HSE had taken expert advice before making the decision, “which was not one they chose lightly”, the charity said.

The HSE information page on prostate cancer refers frequently to “men” but has not been updated since 2011.