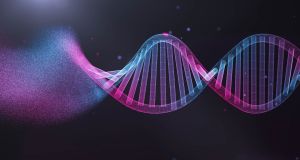 An investigation was opened into the transfer of the DNA samples in 2016 from Our Lady’s Children’s Hospital, Crumlin to the company Genomics Medicine Ireland. Image: Getty Images

Ireland’s largest paediatric hospital has confirmed it is undertaking a review of processes in its clinical genetics department after the DNA samples of about 1,500 people were transferred to a commercial research company without the appropriate consent.

An investigation was opened into the transfer of the DNA samples in 2016 from Our Lady’s Children’s Hospital, Crumlin to the company Genomics Medicine Ireland, recently acquired by Chinese genomics firm WuXi Nextcode.

It is understood the inquiry followed the discovery that a woman who was told she did not carry a gene that put her at high risk of developing cancer had been misinformed after being diagnosed with the disease. She is being treated for ovarian cancer and is suing the hospital.

In a statement issued in response to questions, the hospital and its associated National Children’s Research Centre (NCRC) said they shared “a strong history in undertaking high quality genetics research studies”.

“In these cases the DNA samples are provided by individuals and families who have consented to their samples being used for research purposes,” the statement added.

“No payments were made to or received from GMI for this genetics research project. No patient details, either personal or clinical were shared with GMI. This extended research has not progressed as Crumlin hospital is undertaking a review of processes in the department of clinical genetics department and cannot comment until this review is completed.”

The hospital, which is now part of Children’s Health Ireland, said the DNA samples were securely held by GMI “in accordance with standard research protocols”.

Genomics Medicine Ireland said that in addition to its genomics research, in some instances it also provided “sequencing and analysis support to research institutions carrying out research studies in accordance with those institutions’ own ethics approvals and participant consents”.

“The National Children’s Research Centre and Crumlin hospital provided pseudonymised DNA samples to GMI in 2016 for whole genome sequencing in connection with a longstanding genetics research study that the NCRC and Crumlin are undertaking,” it said.

It confirmed that no patient information or other personal details were shared with GMI.

The company said no analysis had been carried out by it on the DNA samples and that none of the sequence data from those samples had ever been used in a GMI research study.

“The DNA samples and data are held securely by GMI pending further instruction from NCRC/Crumlin. There has never been any unauthorised access to the samples or data while stored by GMI,” it said.

The company said it had “very detailed consenting procedures” for people participating in its research studies.

“All study participation is entirely voluntary and participation cannot take place without the participant’s full and explicit consent in advance,” it added.

GMI wants to build a database of genetic information on 400,000 people in Ireland with a view to commercialising the output for research into new treatments for diseases.

The company has said it expects to recruit as many as 600 people over the next five years to complete the research, on top of the 125 it currently employs.

The Irish Strategic Investment Fund, an early-stage investor in GMI is putting $70 million (€61.2m) into the project.