The Oireachtas health committee heard that Government departments were “high on aspiration and frighteningly low on detail”. Photograph: Getty Images

Thousands of Irish patients could lose the option of being treated in the North in the event of a hard Brexit, the Oireachtas health committee has been told.

The cross-Border healthcare directive, which allows Irish patients on waiting lists access treatment abroad, and the travel abroad scheme, which provides for patients to go overseas where a treatment is not available here, operate only within the European Union, said Department of Health officials.

The United Kingdom would fall outside these arrangements if it imposed a hard Brexit, department official Fergal Goodman told the committee.

The vast majority of Irish people availing of both schemes do so in Northern Ireland, departmental figures indicate.

Last year, of 1,700 treatments funded under the cross-Border directive, about 700 were provided in Northern Ireland. The department said it was likely other Irish patients had been treated elsewhere in the UK, but it did not have the figures. Of 613 patients funded under the treatment abroad scheme, 574 went to the UK, said Mr Goodman.

In the interests of continuity, Ireland would like to see the continuation of both schemes, he said. However, making a bilateral agreement was not an option at this stage because the schemes operate EU-wide and other countries are involved. “We need to let the process roll on a bit more before clarity emerges.” 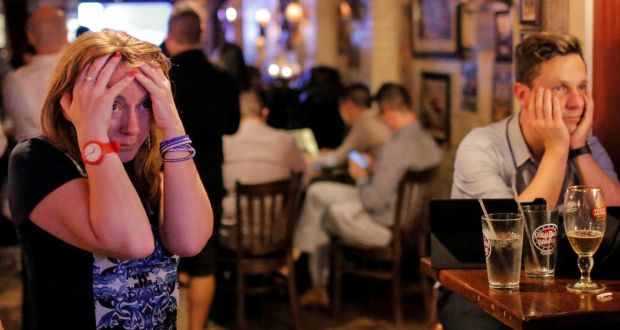 TDs expressed concern about the department’s preparations for Brexit and its possible impact on patient treatment schemes.

Sinn Féin’s Louise O’Reilly and Fine Gael’s Kate O’Connell both said it was bizarre that the department had not received detailed figures on the operation of the schemes from the HSE.

Assistant secretary Muiris O’Connor said the department would seek to ensure minimum disruption in health as a result of Brexit so that essential services can be maintained on a cross-Border and all-island basis.

Britain’s decision to leave the EU had not resulted in any immediate changes specific to healthcare. “Cross-Border services and health co-operation between the UK and Ireland have not been immediately affected and work is ongoing to consider any longer-term implications of the referendum result and how they can be best mitigated.”

The department’s work in this area was informed by the priority of ensuring continuity in the provision of health services and avoiding any changes that would have a negative impact on human health, he said.

Changes to Border controls would affect health as it would other sectors. Issues such as emergency ambulance transfers between the Republic and Northern Ireland and the mobility of cross-Border health workers, and freedom of movement as it relates to professional qualifications, would need to be considered.

A move by the UK away from a harmonised set of regulations for food safety, pharmaceuticals, medical devices and cosmetics could disrupt trade between Ireland and Britain.

However, Brexit offered Ireland opportunities in health, such as more research opportunities under the Horizon 2020 programme. Ireland was also seeking to have the European Medicines Agency relocated from London to Dublin and Minister for Health Simon Harris met officials from the agency in January.

Ms O’Reilly said people living near the Border were preoccupied with the potential impact of Brexit and many feared Government departments were “high on aspiration and frighteningly low on detail”.

Mental illness: Where should family involvement begin and end when a parent needs treatment?

Mental illness: Where should family involvement begin and end when a parent needs treatment?

Ciarán Cannon’s 600km cycle in one day: ‘I spent lockdown doing endless loops of my locality’

First, do no harm? Medicine’s sometimes horrific treatment of women

Covid-19 leaves trail of questions about effects on mental health

2 Q&A: What is mica and why are people protesting over it?