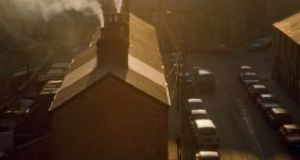 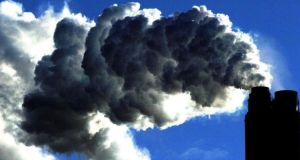 A ban on the burning of smoky coal by home-owners will commence within the lifetime of the current Government, Eamon Ryan has said. Photograph: John Giles/PA Wire

The changes are being driven by increasing evidence of dangerous air pollution effects on people living in urban areas, especially from tiny particles known as PM2.5 arising from solid fuel burning in heating homes, as well as road traffic.

The measures are scheduled to be in place during the lifetime of the current Government, according to Minister for Environment Eamon Ryan.

A public consultation process seeks views on future regulation of “all solid fuels such as peat, turf, and wood”.

Wet wood – the most common form of wood sold – is significantly more polluting in terms of health impacts and carbon emissions.

Householders using solid fuel burners are likely to be restricted to using more expensive, dry-kilned wood. This may entail a moisture content of less than 20 per cent, as is being introduced in England.

Bord na Móna has ceased peat extraction and announced briquette production will end in 2024, but harvesting of turf for personal use will not be prohibited.

Mr Ryan said the move is being driven by the need to combat air pollution andprotect public health. A plan to introduce a national smoky coal ban in 2019 did not proceed due to threats of litigation by coal producers.

“Clean air is fundamental to our health and quality of life, and is essential for the health of the environment on which we depend. People have no choice about the air they breathe. We as Government have an important role to develop the policies that will deliver cleaner air,” Mr Ryan said.

“Consideration needs to be given to options which may restrict the sale and marketing of sod turf, while respecting the traditional practice of turf cutting for personal use only,” Mr Ryan acknowledged.

He added: “I am conscious that for some people burning solid fuel is the main or only way they have of heating their homes. Our goal over the lifetime of this Government is to provide support to retrofit many of these homes, but in the meantime we want to ensure they can be heated in a way that improves public health.”

According to EU estimates, 8 per cent of the Irish population went without heating due to lack of money in 2017; almost 400,000 people.

The most recent analysis by the Sustainable Energy Authority of Ireland, however, shows low-smoke coal is the most cost-efficient choice of coal in terms of heat delivered per cent.