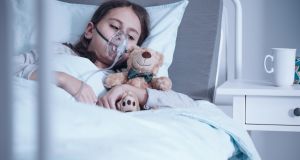 Irish paediatricians have been warned about a syndrome that developed in some UK children who contracted Covid-19, a consultant paediatrician at Our Lady’s Children’s Hospital in Dublin has said.

The warning comes as some British children with no underlying health conditions have died from the rare inflammatory syndrome which researchers believe to be linked to Covid-19, British health secretary Matt Hancock said on Tuesday.

Italian and British medical experts are investigating a possible link between the coronavirus pandemic and clusters of severe inflammatory disease among infants who are arriving in hospital with high fevers and swollen arteries.

Doctors in northern Italy, one of the world’s hardest-hit areas during the pandemic, have reported extraordinarily large numbers of children under age 9 with severe cases of what appears to be Kawasaki disease, more common in parts of Asia.

“There are some children who have died who didn’t have underlying health conditions,” Mr Hancock told LBC Radio.

“It’s a new disease that we think may be caused by coronavirus and the Covid-19 virus, we’re not 100 per cent sure because some of the people who got it hadn’t tested positive, so we’re doing a lot of research now but it is something that we’re worried about.

“It is rare, although it is very significant for those children who do get it, the number of cases is small,” Mr Hancock said.

Prof Karina Butler, consultant paediatrician and infectious diseases specialist Our Lady’s Children’s Hospital said that “by and large” there have been very few cases of Covid-19 in children in Ireland.

“The vast majority of the cases we’ve seen have been very mild, almost to the point of being incidental pickups, but we do know that that is not always the case and there are children who can become critically ill with this virus,” she told RTE’s Morning Ireland.

“We became aware of, at the weekend, of an alert issued from the UK, from London where they are noticing presentations of a very inflammatory state in rare children, where they have high fever, red eyes, predominant gastrointestinal type symptoms, abdominal pain.

“That is very like another syndrome we’re familiar with in paediatrics called Kawasaki syndrome or like what we call toxic shock syndrome and we have alerted all paediatricians to be on the lookout for that.

Kawasaki disease, whose cause is unknown, often afflicts children aged under 5 and is associated with fever, skin rashes, swelling of glands, and in severe cases, inflammation of arteries of the heart.

There is some evidence that individuals can inherit a predisposition to the disease, but the pattern is not clear.

Dr Patrick Gavin, consultant in paediatric infectious disease at Our Lady’s Hosptial said Kawasaki disease is a very rare condition and they see only 20 cases per year in Ireland.

Speaking on the News at One, he said there had been 20 confirmed paediatric Covid-19 cases that had to be hospitalised in Ireland, two of them required an intensive care unit, and that there had been no paediatric deaths from Covid.

He called on parents to bring their child to a GP or emergency department if their child has any unusual symptoms and said that there are robust infection procedures in place in hospitals. He encouraged parents to seek medical attention if they need it and said some patients were not attending because of fear of Covid.

President of the UK’s Royal College of Nursing Prof Anne Marie Rafferty said she had heard reports about the similarity between cases in infants and Kawasaki syndrome.

“Actually there’s far too little known about it and the numbers actually at the moment are really too small,” told Sky News. “But it is an alert, and it’s something that’s actually being explored and examined by a number of different researchers.”–Additional reporting Reuters