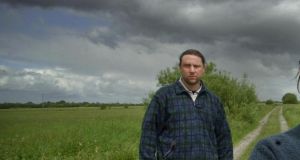 Farm groups and environmentalists are on a collision course over potential changes to the period when hedges can be cut.

Under the Wildlife Act, landowners cannot cut hedges between March 1st and August 31st to protect birds. The Department of Arts, Heritage and the Gaeltacht is now reviewing this section of the Act.

In its public consultation document, the department said it had been suggested by landowners that they should be allowed to cut hedges from July 31st as all birds would have left their nests by then.

He said the yellowhammer deserved a special mention because of its population decline.

“The current legislation permits hedges to be cut from 1st September, at which time circa 5 per cent of yellowhammers may still have chicks in the nest,” he said. “In yellowhammer areas, hedgerow-cutting should not be permitted until at least mid-September.”

Dr Copland also said that without more scientific analysis, “a precautionary approach must be adopted as a change in dates could significantly affect some bird populations”.

However, the IFA’s submission argued that allowing farmers to cut their hedges during August would be in the interest of road safety. It said August was a peak month for farm machinery on roads and for tourists travelling on unfamiliar roads, so keeping hedges maintained was crucial.

The submission also highlighted the problem of fly-tipping, where people dump their rubbish on the roadside.

“Community groups who voluntarily clean roadside ditches have noticed that ditches which are regularly cut and maintained are less likely to be used as a dumping ground.”

The ICMSA’s farm and rural affairs chairman, Patrick Rohan, said his organisation was calling for substantial amendments to the Wildlife Act. He said farmers had “jumped through every environmental hoop” but it was now clear that the length of the closed season was unnecessary.