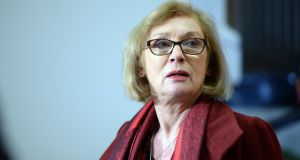 Almost 1,500 appeals against schools’ decisions to refuse places to their children have been pursued by parents over the past five years, new figures show.

The number of appeals has increased more than 20 per cent over the same period, as controversy continues over the difficulties of finding school places for unbaptised and minority-faith children.

Under the section-29 appeals process, a parent can challenge the decision of a school’s board of management to refuse their child a school place to the Department of Education. These cases typically occur in the 20 per cent of schools nationally that are over-subscribed.

The annual costs for hearing and facilitating appeals are typically between €250,000 and €300,000, depending on the volume of cases heard in a given year.

The draft Admission to Schools Bill proposed to change this system and introduce a more transparent and fair admissions policy. The Bill was due to be enacted before the Government’s term ends, but Minister for Education Jan O’Sullivan signalled last week that it will be shelved.

While the legislation sought to compel schools to explicitly state that they would not discriminate against children on the grounds of disability, family status or race, it permitted schools to discriminate on the basis of religion.

Under the current appeals system, a facilitator works with both the school and the parent to try to resolve issues informally. If a case progresses to an appeal, the department establishes a three-person committee, including an inspector and two other committee members deemed appropriate by the committee.

In these cases, the committee looks at whether a school followed the procedures outlined in its admission policies.

The number of admission appeals has varied from year to year, but has been on a broad upward curve.

Figures supplied to The Irish Times show that in 2009 there were 279 appeals lodged over refusal to enrol, rising to 345 cases last year.

Schools are compelled to admit children in cases where the appeal committee upholds a case, even if it has filled its existing classroom. It may, however, appeal a decision to court, though this happens rarely in practice.

Education Equality, a voluntary organisation which was launched in Dublin at the weekend, says many parents of non-baptised or minority faith children face real difficulties accessing school places.

The campaign group is calling for “equal access to all State-funded schools for all children regardless of beliefs, and for faith formation to be confined to a distinct period of time, at the end of the school day and outside of core school hours, so that one religion is not imposed on children who do not share the school patron’s religion.”

Education Equality chair April Duff said there was still a lack of awareness among the general public of the difficulties encountered by religious minorities and non-religious families in the education system.

"Many people don’t realise that people’s human rights – freedom of religion, non-discrimination and education – are being violated here in Ireland today,” she said.

She said the organisation has been gathering personal stories of first-hand discrimination and will release one a day on its website and social media for the next 30 day. The move, she said, would open people’s eyes to the real human effects of the discriminatory system.