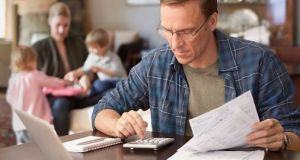 A graduate may expect to pay €150-€160 a month until they reach 33 years if a “study now, pay later” loan scheme is introduced. File photograph: iStockPhoto

A typical college graduate could expect to pay a monthly fee of €150-€160 until they reach 33 years of age if a “study now, pay later” loan scheme is introduced, new research indicates.

The findings are contained in a new study of how an income-contingent loan system would operate here, and are due to be presented to an Oireachtas committee on Tuesday.

A loan scheme is one of a number of options which emerged in a Government-commissioned report on the future funding of the higher education sector last year.

The report acknowledges that emigration would pose a significant challenge for a such a system, and estimates that up to 10 per cent of graduates in Ireland would not repay their loans.

However, it notes that countries with a high rate of emigration – such as New Zealand – have recently introduced a minimum annual contribution from graduates who leave the country.

The research is likely to feed into a new inter-departmental group which is preparing a technical analysis of how an income-contingent loan system could operate.

The technical group of officials from the Departments of Education, Finance and Public Expenditure was set up recently.

However, a spokesman for Minister for Education Richard Bruton said the existence of the group was not a sign that he favoured introducing such a scheme. Instead, he said “broad political consensus” would be needed on the future direction of any funding model for higher education.

After years of austerity-era spending cuts and rising student numbers, universities and colleges say urgent decisions are needed to provide funding into the future.

The issues are set to grow more acute due to a demographic bulge which is set to increase the number of students at third level by 30 per cent by 2030. This is forecast to require additional annual funding of €1 billion by 2030.

The report by Prof Chapman and Dr Doris finds that a US-style college loan system is unsuitable for Ireland and would be associated with “significant repayment difficulties” for many graduates.

However, it says an income contingent loan has considerable potential merit in providing an “affordable” repayments scheme.

Income-contingent loans differ from regular loans in that graduates only begin to repay debts when their income reaches a certain threshold.

The study finds that the size and speed at which graduates repay their loan depends on their earnings.

For example, a higher-earning graduate could pay their full loan back by their late 20s, while a lower-earner could still pay until their mid-40s or 50, but with much lower monthly contributions.

It notes that the effect on young graduates of loan repayments is a further important consideration given the impact of pay cuts, unemployment and new mortgage rules.

The Oireachtas committee on education is due to hear from a number of academics later today over the feasibility of a loan scheme.

They include research – commissioned by the State’s institutes of technology – which says the Irish system is neither small enough nor large enough to make an income-contingent loan system work.

While a loan scheme is supported by universities, it is opposed by student union groups and most Opposition political parties.

Fine Gael, on the other hand, has traditionally supported such a move, while Fianna Fáil has not ruled out a loan scheme.