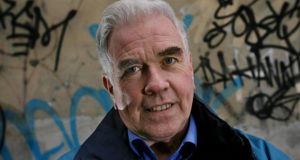 Buying drugs in parts of Ireland can be easier than ordering pizza,” said campaigner Fr Peter McVerry, who believes the “war on drugs has long been lost”.

His views are among at least 50 submissions to the Oireachtas Justice Committee, which is considering the feasibility of introducing Portuguese-style decriminalisation in Ireland. In Portugal, drug addiction is treated as a health issue rather than a criminal one.

Many submissions focus on the perceived failures or shortcomings of the criminal justice system in dealing with addiction and recreational drug use.

He dismissed the idea that criminal sanctions are an effective deterrent, saying that in 2014 alone 10,842 people appeared before the district courts. “Yet more and more drugs are now available in every town and even village in Ireland,” he said. “If criminal justice policies were 100 per cent effective (meaning every crime was detected and every perpetrator convicted) then one person out of every four in Ireland would now be a convicted criminal.”

Tony Geoghegan, chief executive of the Merchants Quay Ireland drugs support service, also wants change. “We would like to see it taken out of the criminal justice system. Criminalising people really is just a hindrance to rehabilitation,” he said.

Justice Committee chairman David Stanton said he believed the country was “absolutely ready” for a debate on systemic change but stressed that decriminalisation was not tantamount to legalisation. “We are coming at this with an open mind,” he said.

The committee expects to report by the end of October.

It became aware of the Portuguese approach toward possession of small amounts of drugs earlier this year while examining the effects of crime on communities. A delegation travelled there in June.

It noted that Portuguese authorities found criminalisation of addicts counterproductive and switched responsibility for the issue from its justice department to health. While it remains illegal to possess drugs, smaller, specified quantities are dealt with along the same lines as traffic offences. This socially focused approach is toward treatment and away from criminalising addicts. It also incentivises companies to employ those in recovery.

“[This] has not resulted in an increase in drug-taking nor has it resulted in Portugal becoming a destination for drug tourists,” the committee wrote.

Fr McVerry said that in Ireland the criminal justice approach might actually increase the likelihood of people becoming more deeply involved in drugs due to the criminalisation cycle that impacted on, for example, employment and travel. He also questioned its impact on taxpayers. “The enormous cost of arresting and prosecuting people for possession of drugs for personal use over the past 30 to 40 years has been a total waste of money.”