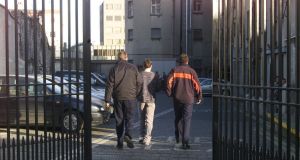 Clare’s first citizen, Cllr James Breen (Ind) has called for corporal punishment to be introduced into the Irish legal system as a means of deterring criminals from targeting vulnerable rural dwellers.

The Mayor of Clare made the comment on Monday night, at the close of the November meeting of Clare County Council, following a motion calling for the Department of Justice to give grant assistance to rural families who wish to purchase burglar alarms.

This motion was passed unanimously by the council. And in his summing up following the debate Cllr Breen made the unprovoked comments, first saying that corporal punishment should be reintroduced and that “jail is not good enough for these people”.

Speaking after the meeting, Cllr Breen said that some families in rural Clare are living in fear and are virtual prisoners in their own homes while the perpetrators of crime are treated like “royalty” in the Irish legal system.

“I am very concerned that there are senior citizens in this county living in fear of their lives with the door and windows of their homes locked day and night. The reintroduction of some form of corporal punishment should be considered,” he said.

“Those thugs [burglars], after they go in [to you home] and leave you for dead, they are brought into jail and they are treated like royalty. It is time that this is changed

“I don’t know what form that this [corporal punishment] might take but it should be considered.”

Cllr Breen conceded that his proposal was likely to meet stiff opposition but said he believed it was the right thing to do. The Kilnamona councillor was successfully elected to Dáil Éireann as an Independent TD in 2002 and is widely expected to contest next year’s election, having narrowly missed out on a seat in the 2007 and 2011 general elections.

“I know I will get opposition to this idea. I have got it already – awful opposition to it. Opposition is grand if you are not effected yourself [by crime], but if someone belonging to you is left for dead inside in a house you might reconsider what you are talking about,” he said.

“I would appeal to people living on their own to never open their door to someone they don’t know and if they are in doubt, call the local Garda station. Don’t let anyone into you house, regardless of what scam they are putting up, unless you are sure.”

Clare County Council will write to Minister for Justice Frances Fitzgerald to ask that a scheme be put in place to help fund alarms in homes. It is unclear what the next step will be for Cllr Breen’s own plans regarding corporal punishment.

1 Coronavirus: One more death in Republic as expert warns house parties are ‘disaster’ for containment
2 ‘Frustrated and angry’: Thousands march in Dublin to protest death of George Floyd
3 Search underway for missing boy (5) in Lough Mask, Co Mayo
4 US protest violence is being blamed on extremists. Who are they?
5 George Floyd died of asphyxia, family-commissioned autopsy finds
Real news has value SUBSCRIBE