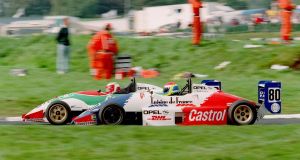 Motorsports organisations, including from Kildare racetrack Mondello Park (above), have been lobbying MEPs in an attempt to amend the EU Motor Insurance Directive. File image: David Sleator/The Irish Times

A European Court of Justice ruling on motor insurance, due to be implemented by October this year, could have a “disastrous impact” on Irish motorsports, Fine Gael MEP Brian Hayes has said.

Motorsports organisations, including from Kildare racetrack Mondello Park, have been lobbying MEPs in an attempt to amend the EU Motor Insurance Directive.

In 2014, in Vnuk v Zavarovalnica Triglav, the Court of Justice of the European Union ruled that under the directive, motor insurance policies must cover accidents on private land.

The ruling effectively made unlimited third party motor insurance compulsory for all vehicles, wherever they are used in the EU.

Currently, under Irish law, compulsory motor insurance only covers the use of vehicles on a road or any other public place.

“Many Irish racetrack representatives have said that this ruling will effectively shut down Motorsport in Ireland as there is no market availability for such mandatory insurance,” he said.

“Their concerns are very real and the risk is that places like Mondello Park will be closed down if these new rules are forced upon EU Member States.”

He said the solution would be to amend the EU Motor Insurance Directive before October.

“I will be working with fellow MEPs to ensure that this issue gets resolved as soon as possible,” he said.