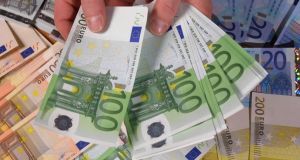 A retired plumber who disputes interim tax assessments for €15 million raised against him but not yet determined has lost a Supreme Court appeal concerning the appeal rights of taxpayers prior to a final determination of any tax liability. File photograph: Sean Gallup/Getty Images

A retired plumber who disputes interim tax assessments for €15 million raised against him but not yet determined has lost a Supreme Court appeal concerning the appeal rights of taxpayers prior to a final determination of any tax liability.

The assessments were raised in 2006 against Brendan O’Rourke in relation to the tax years 1985-2001 and covered years before and after the self-assessment tax regime was introduced in 1988.

He challenged their validity on grounds including claims that a number of the assessments were raised outside the applicable statutory time limits.

An Appeal Commissioner found in 2009 that the inspector of taxes was not precluded from making the relevant assessments.

The Commissioner made that finding after saying the returns submitted on behalf of Mr O’Rourke did not disclose all material facts necessary for making the assessments.

The Commissioner also said the returns were unclear regarding entitlement to allowances because of uncertainty regarding Mr O’Rourke’s residency status.

The Commissioner said the relevant box or declaration in the returns concerning residency was not completed.

However, Mr O’Rourke had said as a ground of appeal that he was not resident of or ordinarily in the State.

The Commmissioner objected to Mr O’Rourke, with an address at Kingsthorpe, Northampton, England, seeking to appeal their finding to the Circuit Court.

It was claimed he could not do so on the grounds that the Commissioner had made only an interim ruling and not a final determination.

Because there was no final determination as to liability, Mr O’Rourke had no right of appeal to the Circuit Court, the Commissioner ruled.

Mr O’Rourke argued, irrespective of the absence of a final determination on liability, he had a right of appeal to the Circuit Court against the decision that the inspector of taxes was not precluded from making the relevant assessment.

After the High Court rejected his claims concerning the scope of his rights of appeal, he went to the Supreme Court.

Giving the court’s judgment, Mr Justice Peter Charleton, with whom Mr Justice Frank Clarke and Ms Justice Elizabeth Dunne agreed, said an appeal from the Appeal Commissioner to the Circuit Court can be brought by a taxpaper where final liability to taxation has been decided.

An appeal cannot be taken in relation to an intermediate finding, he said.

Once a final determination is made, an appeal can be taken within the relevant time limits by the taxpayer involved to the Circuit Court on any ground open to them under the Taxes Consolidation Act 1997, he ruled.