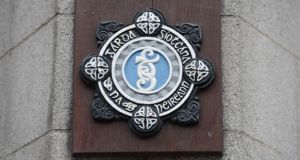 Claimants say they were described on the Garda bulletin boards as being active criminals.

More than 25 people intend to sue over the circulation on social media of images containing their names and photographs on a Garda notice board.

The actions arise out of claims that a person, believed to be a contractor employed by the Garda, was permitted access to a room in Kilmainham Garda station in March 2019 which contained briefing bulletins.

It is claimed one bulletin displayed various details, including photographs of their faces, names and addresses.

They claim they were described on the bulletin boards as being active criminals from Ballyfermot/Labre Park or criminals from Kilmainham and Inchicore.

They claim they have either no convictions or very minor ones, meaning that they could not be described as criminals or active criminals.

Some of the applicants were in their late teens when the images were circulated.

They also claim they were photographed alongside multiple notorious criminals involved in murderous feuding, an Islamic extremist, and a convicted sex offender.

It is claimed the contractor took pictures of the bulletin boards and circulated the photographs on a Whatsapp group and online.

As a result, the 25 people intend to bring proceedings, including alleging defamation, breach of privacy and breach of the Data Protection Act, against the Garda Commissioner and the contractor.

Applications in respect of their intended claims came before Ms Justice Leonie Reynolds at the High Court on Friday.

Following an application by Mark Lynam BL, for more than 20 of the applicants, the judge made an order requiring the Commissioner provide them with the name and address of the person who photographed the bulletin boards at Kilmainham Garda station in March 2019.

The order was made on consent by the Commissioner, represented by Conor Power SC, and includes an undertaking by the applicants not to use the contractor’s details other than to pursue their claims.

The order was sought to allow the applicants bring their actions against the contractor.

An order was made last year directing the Commissioner to provide another person suing over the circulation of the photographs with the contractor’s details and it was hoped the Commissioner would co-operate in respect of the other persons who wish to bring proceedings.

When that did not happen, the other intended litigants had no option but to seek an order aimed at compelling the Commissioner to provide them with the contractor’s details.

There was a high degree of urgency in the matter as applicants suing for defamation need to bring their claims within 12 months of the pictures being published, Mr Lynam submitted.

Earlier this week, the High Court granted the applicants permission to serve short notice of their application for such an order against the Commissioner.

When the matter returned before Ms Justice Reynolds on Friday, she was told the matter had been resolved.