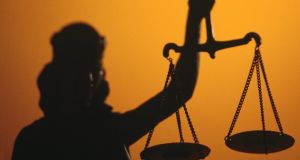 A 33-year-old man has been remanded on bail after he was charged over a €37,000 St Patrick’s Day drugs seizure on. Photograph: Getty Images/Comstock Images

A 33-year-old man has been remanded on bail after he was charged in connection with a €37,000 drugs seizure by gardaí on the main Cork-Dublin motorway on St Patrick’s Day.

Wayne McCullagh from Beechmount Avenue in Navan, Co Meath, was charged with two drug offences following his arrest at the Toll Plaza on the N8 at Watergrasshill in Cork.

Det Garda Declan Keane of the Cork City Divisional Drugs Squad told Cork District Court that Mr McCullagh made no reply to either charge when they were put to him after caution.

Insp Ronan Kennelly said gardaí had no objection to bail once Mr McCullagh complied with a number of strict bail conditions and he indicated through his solicitor that he was willing to abide by.

Judge Leo Malone remanded Mr McCullagh on bail to appear again at Cork District Court on April 16th and he ordered him to sign on three times a week at Navan Garda Station.

Mr McCullagh was also ordered to observe a curfew from 10pm to 8am, surrender his passport and not enter County Cork unless attending a court case and notify gardaí of any change of address.