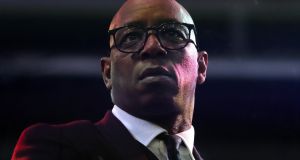 A Co Kerry teenager has appeared in court charged with harassment of former Arsenal and England player Ian Wright earlier this year.

Patrick O’Brien (18) of Sycamore Court, Ashleigh Downs, Tralee is facing two charges in relation to the incident last May. He was before a sitting of Tralee District Court on Wednesday accompanied by his mother.

It is alleged that on May 11th 2020, at a place unknown in the Tralee area, Mr O’Brien harassed Ian Wright, contrary to Section 10.1 and 6 of the Non-Fatal Offences Against the Person Act 1997.

Mr O’Brien is also facing a second charge from the same date and location. It is alleged he sent him a message by telephone that was grossly offensive, obscene and menacing, contrary to Section 13.1 (a) and Section 13.2 of the Post Office Act 1951, amended by Section 4 of the Communications Act 2007.

The Director of Public Prosecutions has directed that the case can be dealt with summarily, that is in the District Court, if there is a guilty plea, the court was told.

Solicitor Patrick Mann, representing the teenager, applied for disclosure of material in the matter. Gardaí did not object to bail, the court heard.

Judge Waters remanded Mr O’Brien on continuing bail and ordered him to reappear on November 18th when the question of jurisdiction will be decided.