Verdict of accidental death returned at inquest of Gerry O’Connell 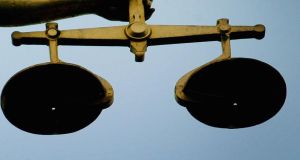 A coroner has made a fresh appeal to farmers on farm safety after hearing how a father of an All-Ireland under-21 hurler died in a farm accident last September.

At Clare Coroner’s Court, a jury returned a verdict of accidental death in relation to 56-year old father-of-five Gerry O’Connell, who died on September 3rd while loading cattle from a shed into a tractor trailer. He was crushed by the trailer.

Ten days after the accident Gerry’s son Gearóid lined out for Clare in the All-Ireland under-21 final in which the team beat Wexford to win a third successive title.

Mr O’Connell’s death at the family farm in Ballyea was one of 30 farmwork fatalities last year. The Health and Safety Authority has agreed to appear before the Oireachtas Committee on Agriculture about its planned reduction in farm safety inspections.

At the inquest, Clare coroner Isobel O’Dea said: “I am not in any way suggesting there was anything untoward in Gerard’s passing, but it is incumbent on all of us to encourage farmers to become more involved in liaising with the department and farm bodies in relation to the use of equipment. I would encourage all farmers to have another look at how they carry out their work.”