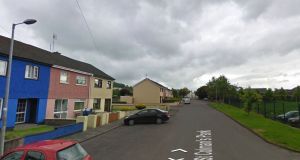 A coroner at the inquest into the deaths of two men who died in a house fire in Co Cork has called for old-style open chip pans to be banned.

One of the men put on the chip pan after coming home from a night out and then fell asleep.

Coroner for South Cork Frank O’Connell said it was clear that alcohol played a factor in the deaths of Kenny Relihan (26) and Noel O’Mahony (64) in the fire at Mr Relihan’s home at St Colman’s Park, Macroom, on May 2nd, 2016.

“Alcohol had a big role in both deaths but the old-fashioned chip pan – the type you put on top of a cooker – was also a factor and has been the cause of so many house fires and deaths that they should be banned. They are undoubtedly a danger to the public,” Mr O’Connell told the inquest.

Mr O’Connell said he intended to write to the director of consumer affairs seeking to have such open chip pans withdrawn. He advised anyone with one to dump it and buy an electrical fryer with a thermostat that cuts out before the oil catches fire, and is much safer.

He said he had come across at least three cases in which four people lost their lives in fires started by chip pans in south Co Cork in the past five years, while he was aware of another fatal case in Cork city.

Mr O’Connell said he was satisfied from all the evidence that the fire started after Mr Relihan came home from a nightclub and put on a chip pan, only to fall asleep and for the house to catch fire. Both he and father-of-three Mr O’Mahony, who was staying over for the night, died in the fire.

Mr Relihan’s mother, Noreen McAuliffe, told how she was asleep upstairs when she was awoken by Mr O’Mahony to find the room filled with black smoke, but he managed to get her to the window and pushed her out on to a ledge. “Noel saved my life, God be to good him,” she told the inquest.

The inquest heard how Ryan Manning had raised the alarm at about 4am. He and his friend Tim Coleman kicked down the door of the house to try to rescue Mr Relihan, who they could hear in the hallway but could not see because of the thick smoke.

They were forced back by the smoke and heat and Mr Coleman climbed a ladder to an upstairs window, where he helped Ms McAuliffe jump to the garden below. He was unable to get to Mr O’Mahony, who came to the window but then was lost in the smoke.

The inquest had earlier heard how firefighters brought the blaze under control.