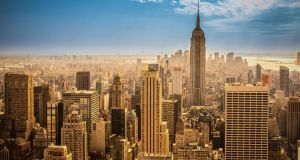 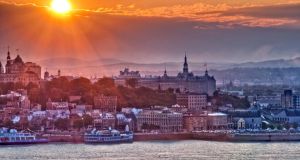 Plenty to see and do in Québec: check out our 60-second city guide 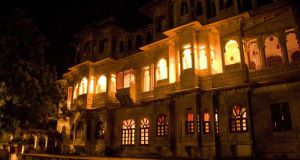 Walk in the footsteps of Judi Dench, Bill Nighy and Maggie Smith with Wild Frontiers’ Real Exotic Marigold Hotel trip, an 11-day itinerary that includes a two-night stay at the actual hotel where the film is set

New York is the world’s most expensive city for hotels, according to hotels.com’s Hotel Price Index for 2014 and with the weak euro it hurts even more. A room in NY costs an average of €206 a night, up 10 per cent on 2013. Across the globe, prices have increased by an average of 3 per cent, but rates in Asia and Australia have gone down: Perth and Melbourne both saw a rate decrease of 14 per cent, and rooms in Thailand’s main tourist areas fell by an average of 15 per cent.

Flying through the airport

One of the advantages of travelling business class is being able to access the fast track lane through security, which can be a huge time saver when the airport is busy. What many people don’t realise is that, for €5.95, economy passengers can also use the fast lane and receive SMS updates on their flights and a cup of tea or coffee into the bargain.

It’s just one of the services available on Dublin Airport’s website: access to an executive lounge costs €19.95, but if you want to be treated like a dignitary, you can opt for the platinum service.

Included in this service are a chauffeur service to and from your aircraft; a private check-in and security screening area; and private suites with full bathroom facilities. The service costs from €160. See dublinairport.com.

EXperience the Iron Age in Devon

Ever wondered how they lived in the 8th century BC? Now’s your chance to sleep in a restored Iron Age roundhouse at

Upcott Barton Manor in rural Devon. there’s a large cooking pot over the open hearth, handwoven carpets covering the beaten earth floor and a chunky four-poster bed that was made from the estate’s own wood.

A few concessions to modern living: a narrow passageway leads to a mini-roundhouse where there’s a hot shower and a compost loo.

You don’t have to hunt for food, though: you can order casseroles or pop down to the pub for a sandwich. From £170 (food delivery £20); see canopyandstars.co.uk.

Kilkenny’s Michelin-starred Ristorante Rinuccini and the Pembroke Hotel (pembrokekilkenny.com) are offering a two-night package from €295 per person that includes dinner at the restaurant. In Dublin, the Radisson Blu Royal Hotel (radissonblu.ie) on Golden Lane has a Suite Sunday package from €250 per room. It includes one B&B overnight in a junior suite - where you can watch TV from the bath or look out on the city skyline from your private balconye. The package also includes 3pm checkout on Monday. 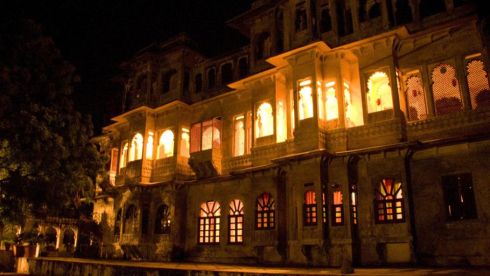 Walk in the footsteps of Judi Dench, Bill Nighy and Maggie Smith with Wild Frontiers’ Real Exotic Marigold Hotel trip, an 11-day itinerary that includes a two-night stay at the actual hotel where the film is set, a 17th-century palace called Ravla Khempur in rural Rajasthan, about four hours south of Jaipur.

There are also tours of New Delhi and the Taj Mahal, a night at Castle Kanota (the Viceroy Club in the film), a tour of the bazaar in Jaipur and dinner overlooking the lakes of Udaipur, both of which will be recognised from the film. All guides, transfers, entrance fees and most meals are included, but not the flights. The trip costs £1,475 (€2,035), the single supplement is £375 (€517); see wildfrontierstravel.com.

Some people pick their hotel because it has a great spa; others will make their determination based on a well-stocked mini-bar. Then there are those hotels with light-year-distant views into the cosmos and the billions of stars contained therein.

Here are five hotels that make the most of the night-time canopy:

Abadia Retuerta LeDomaine, Spain (ledomaine.es; rooms from €370) This five-star luxury hotel in the middle of the Castilian wine country east of Valladolid just reopened with a powerful Celestron CPC 1100 GPS telescope for use during its free, twice- weekly Stellar Tourism Experience, held in the Monks Garden (a converted 12th-century abbey), accompanied by wine and music.

Elqui Domos, Chile (elquidomos.cl; rooms from US$120) One of six astronomic hotels in the world, Elqui Domos’s location in the middle of the arid Elqui Valley 300km south of Santiago makes it one of the best spots in the southern hemisphere for looking skyward. A series of bi-level dome suites with terraces, telescopes and a retractable roof above the upstairs bed are the perfect set-up for wannabe astronomers.

Hyatt Regency Maui Resort and Spa, Hawaii (maui.hyatt.com; rooms from $330) The Tour of the Stars experience ($25) gives 14 stargazers the opportunity to locate and identify (with the help of an on-site astronomer) up to 1,000 objects in the sky through “The Edge”: a 14-inch reflector telescope.

Kirroughtree House Hotel, Scotland (kirroughtreehousehotel.co.uk; rooms from £90, Stargazing weekend £235) On the edge of Galloway Forest Dark Sky Park, the hotel’s Stargazing weekends are perfect to do a little star-searching. Astronomer Steve Owens guides guests in how to get the most out of some of Europe’s most unpolluted dark skies.

3100 Kulmhotel Gornergrat, Switzerland (gornergrat-kulm.ch; rooms from €135) The “3100” refers to its elevation atop the Gornergrat, with unobstructed views of Alpine peaks and the stars above. Catering mostly to skiers, the hotel also makes allowances for astronomers: viewing platforms atop the two stone towers are equipped with everything you need to get to grips with the skies. 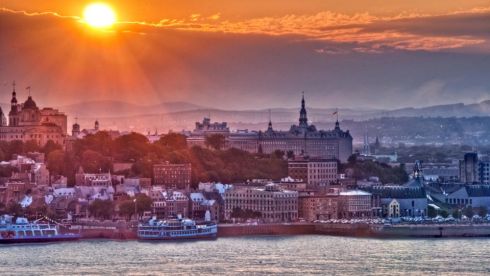 EAT Le Saint-Amour (48 Rue Ste-Ursule; saint-amour.com; mains $40-52) The grills are excellent; the wine cellar one of the best around.

DO Québec Remparts (Quebecor Arena, 250 Boulevard Wilfrid-Hamel; remparts.ca) Hockey is a religion in Canada. See Québec’s team, the Remparts, at their new arena from September.

€699 TORONTO: 3 nights at Sheraton Centre Toronto. Includes flights from Dublin. Price based on two people sharing. Book before March 31st for travel in May; see canadianaffair.ie