A world leader in human genetics 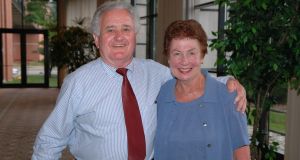 Patrick Michael (Mike) Conneally, distinguished professor emeritus of medical and molecular genetics at the medical school of Indiana University, has died at the age of 85.

Conneally, who was born in Ballygar, Co Galway, and graduated from UCD, undertook his doctorate in medical genetics at the University of Wisconsin and in 1964 joined Indiana University school of medicine, where he was a founding member of the department of medical genetics.

His contributions to the research community were immense, having been president of the American Society of Human Genetics and secretary of the Huntington disease section of the World Federation of Neurology.

His contribution to the localisation of the gene responsible for Huntington disease is legendary.

This distressing condition is an inherited, fatal disorder of late-onset involving progressive loss of co-ordination and cognitive decline, running a course on average of 17 years.

Working with James Gusella, Nancy Wexler and colleagues, Conneally was a prominent member of the team that, in 1983, localised the gene that causes this disease. This achievement stood out as the very first successful demonstration of the use of modern genetic markers in establishing the location of genes within the human genome, and was the initial vital step toward the gene’s identification.

All of those in the field of medical genetics regard this achievement as a major landmark, and a start-point for the subsequent mapping and characterisation of many genes involved in hereditary disorders.

Conneally never forgot his roots in Ireland and was a regular visitor. In recognition of his international achievements, and for his support for research in Ireland, Mike was awarded a ScD (honoris causa) in 1991 by the University of Dublin, Trinity College.

He is survived by his widow, Mary, his children, Nicholas and Anne, three grandchildren, Marissa, Rory and Declan; and his brothers, John and Denis.