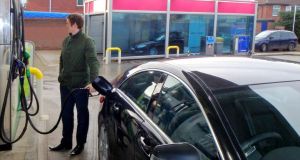 Currently, the EU uses the New European Driving Cycle (NEDC) test to work out the official fuel consumption and emissions of a new car or van. It’s those figures that are then taken as read by governments when coming up with emissions-based taxation systems. The problem is that the NEDC is outdated; although it has been modified and revised, it dates back to a mid-seventies test that was originally designed only to measure the nitrous-oxide (NOx) emissions.

The proposed cure is the World Light Vehicle Test Procedure (WLTP), which has been promulgated by the UN, and which the EU wants to start using as its standard test procedure from 2017. That has the car-makers in a flap, with BMW boss Norbert Reithofer saying that the implementation should be delayed to 2020 due to costs.

If the test becomes stricter then car makers will have to spend billions more to bring their CO2 emissions into line with regulations.

According to Greg Archer from environmental pressure group Transport & Environment, “fuel efficiency standards for vehicles are Europe’s single most effective policy to drive down CO2 emissions, but are being undermined by an obsolete test. The test procedures are a Swiss cheese, full of loopholes, that carmakers exploit to exaggerate improvements in fuel economy and emissions.”

The virtual gastric band: is it possible to think yourself thin?
Real news has value SUBSCRIBE