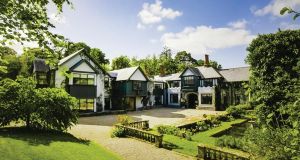 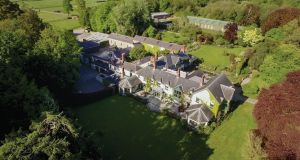 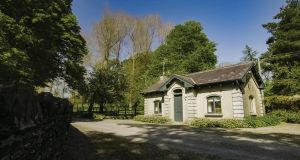 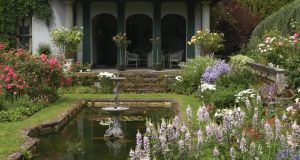 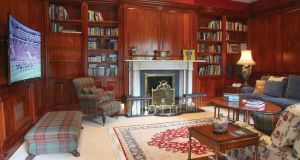 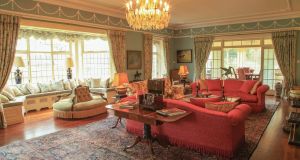 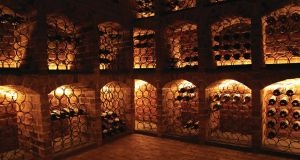 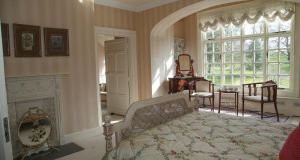 One of the most interesting residents of Grangecon Demesne, which dates back to Tudor times, was Pierce Charles de Lacy O’Mahony, a bearded kilt-wearing giant who engaged a personal piper to pipe him to the local church in Grangecon, Co Wicklow. His eccentricity is remarked on in his legacy of having “three names, two wives and three faiths.”

A street in Sofia, Bulgaria, bears the name Piars O’Mahoni in remembrance of the orphanage he established there, and where many of the children adopted the name Mahoni in his honour.

Today Grangecon is owned by Californian currency and commodity trader Rick Barnes, who purchased the property in 2000 after attending the Irish Derby. “It was the land and the people that attracted me to Grangecon – at the time it was a cattle farm and needed a huge amount of work. It took 2½ years to renovate the property, and a further year to turn the estate into a stud farm.”

Barnes transformed the house, part of which was destroyed in a fire in the 20th century (a wooden door lintel with the inscription 1576 remains), into a lavish residence which now has seven reception rooms and five bedroom suites.

Of note are the intricate chimney stacks, leaded windows and a lovely loggia which overlooks the formal walled garden, and is laden with blooms in the herbaceous borders that surround meandering pathways.

The property extends to 1,199sq m (12,905sq ft), and includes a room used in the past by former owner Isabel Hungerland as a private art gallery – it is now a gym. Of further interest is the old chapel, which Barnes had intended to be a private cinema – it retains some beautiful craftsmanship on the ceilings.

In addition the property has three quaint period gate lodges, a three-bedroom manager’s house and a groom’s apartment above the stables offering a total of 1,569sq m (16,888sq ft) of additional accommodation.

The gardens, which are picture-perfect, include a ha-ha, a trout-filled lake and a multitude of both deciduous and evergreen trees – the tall copper beech overlooking the main residence is particularly impressive.

Barnes, a noted horse breeder, transformed the dairy farm into a stud, with the addition of 33 post and railed paddocks, 56 stable boxes between the mares, yearlings, and foaling yards complete with rubberised flooring and CCTV.

“It ticks every box from top class grassy land, excellent facilities and a magnificent residence,” says David Ashmore of Ireland Sotheby’s who is handling the sale jointly with Goffs and Willie Coonan.

The stud has a proven equine legacy, with winners Heatseeker, Sarah Lynx and Coral Wave having called Grangecon home. Trainer Jessica Harrington lives nearby – in fact Grangecon was once her family estate – and the neighbouring property is Barronstown Stud owned by breeder David Nagle.

The property, just 30 minutes’ drive from The Curragh, sits on 256 acres of pristine land and is on the market with an asking price of €15 million.