‘The economic burden of children’s illness on families is huge’ 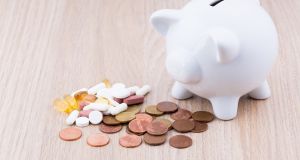 Families of children with life-limiting conditions spend about a third of their post-tax income on the additional costs of caring for their child. Photograph: iStockphoto

Families of children with life-limiting conditions spend about a third of their post-tax income on the additional costs of caring for their child.

“Even with the best efforts of voluntary and statutory supports, the economic burden on families is huge,” says economist Prof Charles Normand, who is professor of health policy and management at Trinity College Dublin and also a senior investigator at the All Ireland Institute of Hospice and Palliative Care.

“It looks as if this is how far people can push themselves in terms of proportion of income.”

Often one parent has to reduce or give up work when there is a severely disabled child in the family.

Typically, they will also have other children at home and may have to spend money to pay for a lot of extra childcare due to the disruption of family life and the need for one or both parents to be at the hospital.

“In addition to that, it is clear families are buying things in terms of services that they think are important and are not otherwise being provided,” says Normand.

Research also shows that the cost to families tends to go up when that child is hospitalised.

“That is rather paradoxical,” he says, but is due to the family upheaval being greater when the child is out of the home. It is another economic argument against unnecessary hospitalisation of these children that can happen due to the lack of lower cost, in-home support, a situation that Normand sums up as “spending more money to achieve less”.

“With the incentives in the current system, it is quite easy to understand why we are in the mess we’re in,” he says.

As things stand, the fallout of a hospital bed being occupied inappropriately is borne by a patient waiting for admission for an operation – something that is very easy to ignore.

It would be much harder, he points out, to go to a children’s hospital and say that because patients are being cared for inappropriately there, some of the hospital’s annual budget is going to be removed and put in another budget so that these children can be cared for appropriately at home.

The research also highlights how the State is failing to protect these families from a heavy financial hit.

“It’s very useful to have this kind of evidence,” he adds.

“It does put into stark relief the fairly small numbers of people who have a very heavy burden, both emotionally and financially, as a result of just the bad luck of having a child with a disability.”