The science of neurotransmitters is complex. The things that make them work are not 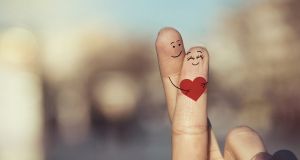 What have you done today to make you feel good?

“Sitting on your shoulders is the most complicated object in the known universe,” American theoretical physicist, Michio Kaku, once observed about the 100 billion neurons – each connected to 10,000 other neurons – that occupy your brain.

However, understanding what makes us feel good is, mercifully, significantly less complicated. Relaxation, exercise, love, sex, friendship, nature: all arouse feelings of worth and wellness, value and reward in most of us, though which activity or sensation is firing what neurotransmitters in our brains usually goes, well, over our heads.

All such feelings of pleasure and satisfaction involve dozens of neurotransmitters working in conjunction with one another, but what practical measures are there to promote the use of positive neurotransmitters?

“It’s going to depend on your current genetic, physical and medical state, so it’s not a case of one-size-fits-all,” says Dr Dara Cannon, director of the Galway Neuroscience Centre and co-director of the Clinical Neuroimaging Laboratory at NUI Galway.

Cannon says neurotransmitter function improves with appropriate sleep and nutrition, while some vitamin deficiency can impact upon certain psychiatric disorders. But it’s also important to build a good environment around you. “Have a healthy, positive network and experiences. You can’t always control that, but you can certainly make healthy lifestyle choice about avoiding scenarios that create negativity in your thought patterns.

“Having things in balance that you can control certainly won’t be enough, but it is important. You don’t want to ignore your basic [GP] check-up, because it could reveal an abnormality in hormonal levels that might affect mood,” says Cannon, who lectures in human anatomy, neuroanatomy, medical imaging and neuroscience at NUI.

But context is key. In essence, neurotransmitters are chemical messengers that transmit signals from one nerve cell (neuron) to another. Simple, eh?

“All cells communicate using chemicals. When they are released into the blood to affect cells at a distance, they are called ‘hormones’,” says Dr F Scott Hall, assistant professor of pharmacology and experimental therapeutics at the University of Toledo, in Ohio.

“But what makes the brain special, compared to other organs, is that it is an interconnected network of cells that form very close connections, called synapses, across which neurotransmitters transfer signals between cells.

“These cells are called neurons, and constitute only about 1-2 per cent of cells in the brain . . . The same chemical may be used in one part of the body as a hormone, and between specific neural cells as a neurotransmitter. The same chemical in different neural cells, or in different part of the brain, may do different things,” says Hall, who has authored over a hundred scientific publications and is a fellow of the International Behavioural Neuroscience Society.

While one can’t really put an order of importance on neurotransmitters, glutamate and Gaba are the most common, according to Hall. “We tend to emphasize monoamines like dopamine, norepinephrine and serotonin for historical reasons and because a lot of psychiatric medications work through them, mostly because they were the first neurotransmitter ‘systems’ identified.”

Six neurotransmitters to get your head around

By far the most abundant neurotransmitter in the nervous system, glutamate accounts for well over 90 per cent of the synaptic connections in the human brain, but was not generally understood until the 1970s, decades after many less-common neurotransmitters were identified. Glutamate is also the most common excitatory neurotransmitter, stimulating cells that it contacts, and changes in glutamate connections between cells are what neuroscientists think are involved in forming and recalling memories and learning.

On the other hand, Gaba (gamma-aminobutyric acid) is the most common inhibitory neurotransmitter in the brain (ie inhibiting cells that it contacts). In the broadest brushstrokes, the actions of Gaba can be said to oppose those of glutamate, but are involved in all of the same functions. In fact, many anti-anxiety drugs act through Gaba, which is also directly responsible for the regulation of muscle tone in the body.

Dopamine is released by all drugs of abuse, and all natural rewards (eg food, love, sex or exercise). “It energises behaviour and thought, and is so necessary that its absence leads to Parkinson’s Disease,” says Hall. “As part of energising behaviour, it is also critically involved in ‘reinforcement,’ which makes the behaviour likely to occur again. It also has other roles in cognition, such as thinking and planning. Disruptions in its function are involved in schizophrenia, ADHD, and addiction.”

Arguably the best-known neurotransmitter to the general public, serotonin has very broad effects on emotion and cognition. It is a natural mood stabiliser that helps with sleeping, eating, and digesting, as well as helping to reduce depression, regulate anxiety, heal wounds and maintain bone health. A normal level of serotonin can also help one feel happier, calmer and more focused and emotionally stable. Drugs that alter serotonin levels, such as selective serotonin reuptake inhibitors (SSRIs), are used in treating depression, generalised anxiety disorder and social phobia.

Partly-emotional and partly-cognitive, Noradrenaline (Norepinephrine in the US) is commonly associated with stress. “But more accurately,” says Hall, “it alters the collective response of the brain toward an important stimulus in order to drop everything and concentrate on the one important thing that is happening now.”

Its general function is to mobilise the brain and body for action by increasing arousal and alertness, promoting vigilance and enhancing the formation and retrieval of memory. However, it also increases restlessness and anxiety. Noradrenaline release is lowest during sleep, before lifting during the waking hours. Then, during the so-called fight-or-flight response, it reaches much higher levels during such dangerous or stressful situations.

Lastly, Halls says Acetylcholine “has broad roles in attention and cognition, modulating the function of many parts of the brain involved in learning and remembering things. It’s often associated with Alzheimer’s disease and cognitive deficits in aging, although each of those involve much broader changes in brain function and loss of neurons.”