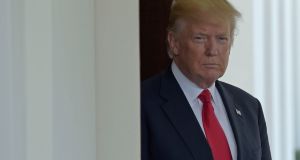 Strict fathers may be out of favour in our more liberal times, seemingly confined to the dark past. Yet the concept of the strict father is one we will not easily shake off, and it will continue to strongly influence how we live.

This is certainly the view of US academic George Lakoff (georgelakoff.com). He sees “strict father morality” as an ideal that a great many people, especially conservatives, choose in the ballot box. If the idea of the strict father is reflected in the choices we make for who will govern us, then it may well connect with a basic need we have as individuals.

Lakoff, a former professor of cognitive science and linguistics at the University of California at Berkeley, maintains that US conservatives are strongly drawn to the strict father model. The strict father knows what is best for his children, expects them to toe the line, and believes in punishing them when necessary for their own good. This father doesn’t like welfare programs, believing that people should work hard for themselves.

The nurturing parent, the strict father’s opposite type, believes we need to take care of each other, to co-operate, and is all in favour of welfare and other social programs.

Lakoff has been writing about these models of morality since long before Donald Trump appeared on the scene, but he would see the victory of Trump (to whom he is vehemently opposed) as a victory for the strict parent. Indeed, he would say that when you look at history you will find that the strict father model wins out more often than the nurturant parent model.

If these two models reflect human preferences, then I think we have to agree with Lakoff that, at least to some extent, they explain differences in voting patterns.

The French, one could say, voted for the nurturing parent in electing Macron over the authoritarian Le Pen (an example of a woman who exemplifies the strict father role, just as Margaret Thatcher did). The British, on the other hand, tend to vote these days for the strict parent in the shape of whoever happens to be running the Conservatives.

And Ireland? We seem to muddle along without either the strict father or the nurturing parent. For many decades, the strict father was definitely the persona adopted by the State, which often treated the weak harshly yet housed those who could not afford to house themselves, even when money was scarce.

The 1970s saw the arrival of a more nurturant model and a great deal of social progress, especially in the area of children’s and women’s rights. At this point we seem to have degenerated into what I would call the “confused parent” model.

Consider, if you don’t mind, Irish Water. First we had the strict father: You are going to have to pay up and if you don’t you will be sent to bed without a glass of water.

Then it softened into, “It’s not really all that bad you know. You will still have money left for sweets if you pay for your water.” Then it was, “Look, okay, lots of you haven’t paid but you will have to pay sometime in the future, honestly, I mean that, I’m serious this time. Yes you can have another shower.” Finally it was, “Okay, you won’t have to pay unless the bad man in Brussels makes us. But sure we won’t worry about that for now. Here, here I’ll read you another story while you have a bath.”

The confused parent doesn’t seem to be very good at housing its children, though. And the children seem to have lost faith in their parent.

So what’s next? I suspect we’ll swing back the other way, towards whatever the political version is of the strict father. And that’s because the strict father appeals to something in us and it’s probably time for his turn again.

So, watch out, be good, and you’d better be gone to bed by the time your father gets home from the pub.

Pádraig O’Morain (pomorain@yahoo.com) is accredited by the Irish Association for Counselling and Psychotherapy. His latest book is Mindfulness for Worriers. His daily mindfulness  reminder is free by email. Twitter: @PadraigOMorain