Mews, in Baltimore, Co Cork is overall winner for Dinner of the Year.

Loam, in Galway, winner in the Best Main Course category.

It was only a matter of time before the thriving midrange Dublin restaurant scene ate itself. And so the tipping point came in 2015. The capital’s restaurants survived the post-crash years by stretching further and inventing a thriving sector between expensive high-end dining and cheap fast food. But this year something shifted and (with some exceptions) the most interesting food was happening outside the capital. It was partly down to climbing city rents. Cost accountants designed no-brainer concept restaurants with the emphasis on tanker loads of booze and food that required the minimum skill to prepare.

The second factor was the chronic shortage of kitchen staff. Skilled chefs were as rare this year as long hot sunny days. But at the same time as the skills pool was contracting, more money was coming into tills as restaurant goers noticeably loosened their purse strings. Those two-spoons-with-one-dessert were thrown to the wind. That glass of wine became a bottle from the pricier end of the list. Finally, strong dollar and sterling rates gave restaurants another boost, helping to smash the psychological €20 for a main course barrier that had kept margins so tight. As in previous years, it was a tale of two districts. In many country towns it still doesn’t feel like the boom is back.

So for the first time in their short glorious history my restaurant Oscars this year award more gongs to parts of Ireland that are not Dublin. “It’s about time,” I hear all those of you who believe I never bother going further than cycling distance from my house. I do. And this year I had the food smiles to prove it.

Winner: The fried whole whitebait in Harry’s Shack on the beach at Portstewart with a house-made Marie Rose sauce and just-picked mizuna leaves from one of their three kitchen gardens. A memorably spectacular place in every way. Harry’s Shack, Portstewart Strand, Co Derry 00-44-028-70831783

Runner up: The sweetcorn soup in newly reinvented Locks. Soup ain’t special right? In Locks it is. The dish was a frothy jug of lusciousness poured over crayfish and raw sweetcorn. The new team of chefs, Keelan Higgs and Connor O’Dowd, are nailing it. Locks, 1 Windsor Terrace, Portobello Dublin 8, 01-4163655. locksrestaurant.ie Best main Winner: Enda McEvoy brought a second Michelin star to Galway this year in Loam, the restaurant he named after the kind of soil that makes great food. A mutton main made with meat hung on the bone for three weeks was a stupendous stop-you-in-your-tracks dish. Loam, Fairgreen, Galway, 091-569727. loamgalway.com Runner up: Delahunt on Dublin’s Camden Street has been lovingly transformed from a beautiful off-licence to a romantic restaurant. The delight is they can cook too. Stout-braised beef cheek with droplets of bone marrow was profoundly good with glazed carrots and black kale laced with horseradish. Delahunt, 39 Camden St Lower, Dublin 2, 01-598 4880. delahunt.ie

Winner: The bread and butter pudding in Gusto on Dublin’s Parkgate Street. Like something Mammy would make only here they’ve already made this simplest of staples with their own house focaccia and topped it with a glassy lid of burnt sugar. And it’s a fiver. Gusto, 26 Parkgate St, Dublin 8, 01-5386036. gustoparkgate.ie 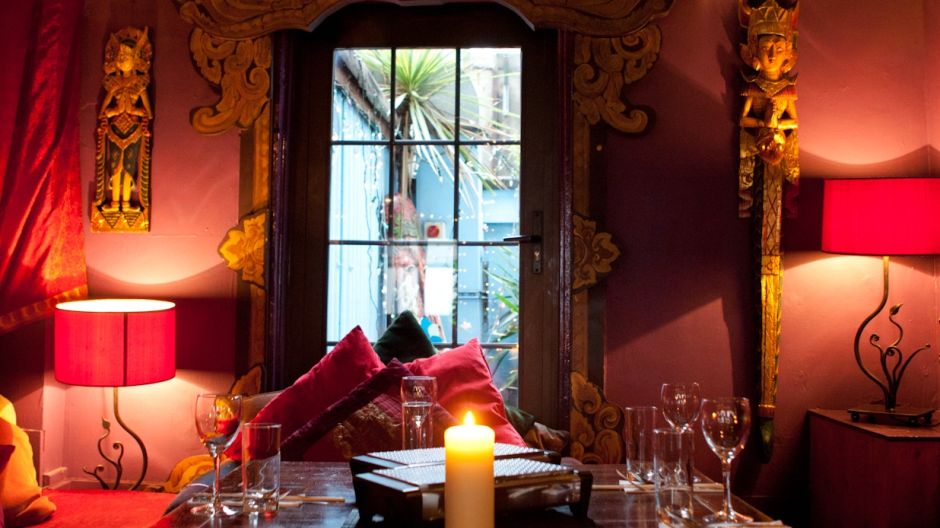 Winner: Their black board boast of being home to the “tastiest steamed buns in Dublin” lived up to its promise when I stepped into Chameleon in Temple Bar for the first time this year. The short rib beef is also the star turn followed closely by their Balinese vegetable curry. Chameleon, 1 Lower Fownes St, Temple Bar, Dublin 2, 01-671 0362. chameleonrestaurant.com

Runner-up: I didn’t love everything at Soder + Ko but I did love the tempura squid with lemongrass and basil mayo and the pot stickers, crispy chicken and spring onion dim sum with a dipping sauce that hit all five flavour zones. Soder and Ko, 64 South Great Georges St, Dublin 2, 01-4781590. soderandko.ie

Winner: The yoga brunch by Katie Sanderson in the Fumbally Stables, the small sister offshoot of the Fumbally where Sanderson brought elements of her Connemara pop-up, Dillisk, to a Dublin audience. She’s a cook who ticks all the trends: fermenting, seaweed, sprouted grains. But only to produce a delicious end result. Dillisk 2016 here I come. katiejanesanderson.com

Runner up: The pot of champ by Graham Neville of Residence, which combined freshly dug potatoes from Tony Lowth’s guerilla composting garden at the NCAD with leeks, scallions, parsley and cavolo nero, organic cream from the Village Dairy in Carlow and butter. Lots of butter. It was the champion of champs and popped up at the Dublin Made Me Market in Smock Alley on November 1st. 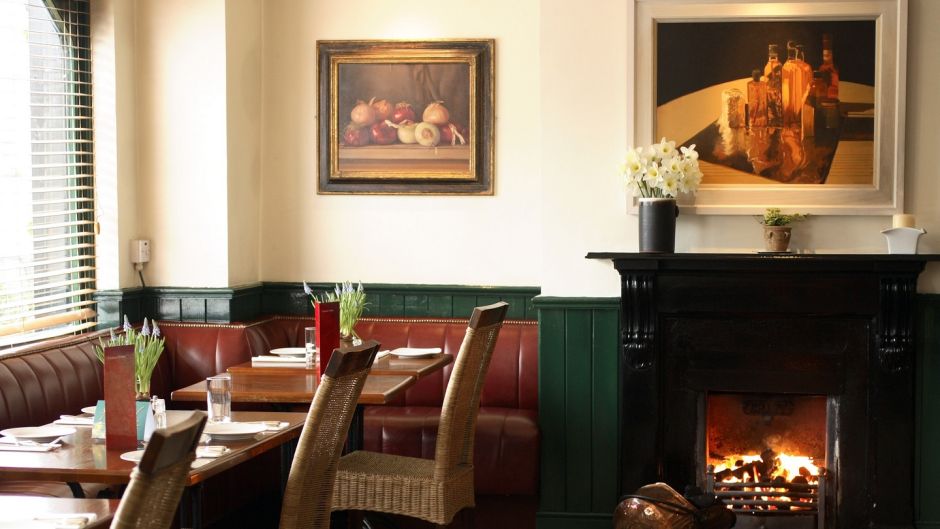 Winner: The Ballymore Inn marked its 20th year this year with a cookbook that tempted me down to the quiet village for Sunday lunch. I had a meal that brought be back to my mother’s kitchen with a classic chicken liver pate recipe they’ve been making this way since it opened. A very happy place to be. Ballymore Inn, Main St, Ballymore Eustace, Co Kildare, 045-864585.

Runner up: Ross Lewis’s Osteria Lucio is a relaxed place that is rigorous about the right ingredients. Vegetables are the stars and the cooking will remind you of the simple Italian kind where only ingredients that make the grade wind up on the plate.  Osteria Lucio, The Malting Tower, Clanwilliam Terrace, Grand Canal Quay, Dublin 2, 01-6624199.  osterialucio.com

Winner: And finally the overall winner for Dinner of the Year goes to . . . Mews in Baltimore. Turning a village as remote as this west Cork harbourside one into a destination for diners is some feat. Friends Luke Matthews, Robert Collender and James Ellis brought a dusty old stone building back to life by quietly cooking and serving their socks off using ingredients they sourced by talking to people in the village. Their €45 “convivial menu” (a tasting menu without the pretentiousness) was the best money I’ve spent on food anywhere this year. There was mackerel tartare with charred gooseberry slices, lobster rolls, brill and alexanders with a main of Walsh’s lamb and Homeguard potatoes roasted in lamb fat served with charred baby gem lettuce hearts in a lemon anchovy sauce.

Dessert is still being talked about in our house, especially the gobstopper-sized doughnuts filled with strawberry coulis. As I said at the time restaurants like this don’t happen very often. And when they do they’re worth cherishing. Mews opens again in May and on bank holiday Sundays. Mews, Baltimore Village, west Cork 028-20572. mewsrestaurant.ie 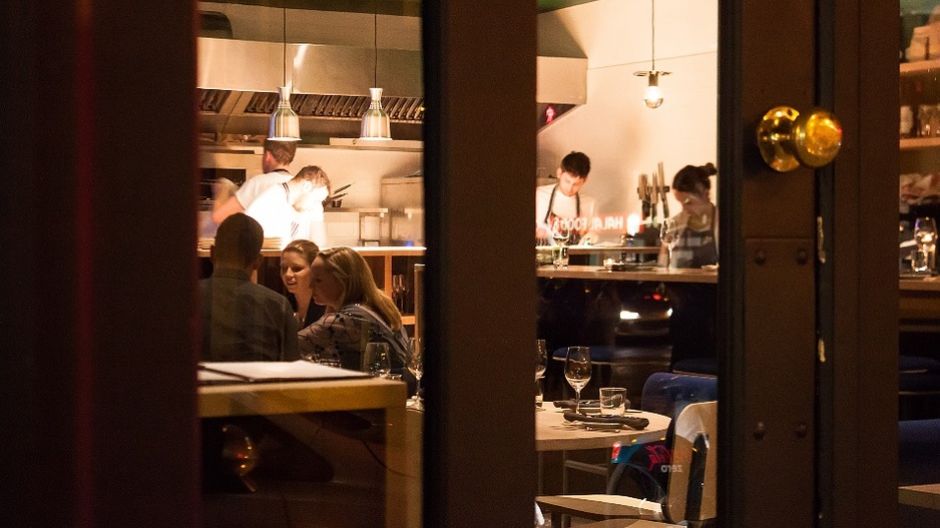 Runner up: It’s such a close second I considered a joint winner this year. I’ve been back twice since reviewing Bastible and each time Barry Fitzgerald’s short menu has been resoundingly right. Bastible is an excellent kitchen, bringing life and tempting smells to a new corner of Dublin. It’s not as far as Baltimore for city dwellers but Leonard’s Corner is now a destination restaurant district.

The location enables them to keep the menu brilliantly priced, although it’s up a squeak to €38 for three courses from the €36 at which they opened. I told you to go and you took me at my word. They got 1,000 booking enquiries in the three days after The Irish Times review. (You crazy people). I only got in again thanks to some nifty forward planning. My husband foretold it correctly. I wrecked it, but only a bit. And in a good way. Bastible, 111 South Circular Road, Dublin 8 01-473 7409. bastible.com

Paul Flynn: Relaxed dinner that reflects my soft spot for the spice bag

I fantasise all the time – and almost committed fraud as a result. How can I stop myself?

Covid-19: ‘We have to ask ourselves what acceptable mortality rates are’

Q&A: What are the chances of being able to holiday abroad this summer?

What will €450,000 buy in India, France, Greece, the Netherlands and Westmeath?

‘I used to say it was discrimination, but now I realise it’s straightforward racism’

‘I put up a photo of my new baby and myself with champagne. It was a lie – I was ill’

What’s playful, what’s deeply meaningful and what’s being mean? A guide to neopronouns