Alasdhair Willis, the boot maker’s newish creative director, says he doesn’t join a business unless he can get results 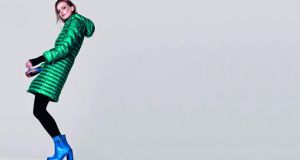 Alasdhair Willis, the storm force gusting through British wellington brand Hunter remembers the first time he wore a pair of the boots growing up in Yorkshire. “I was younger than 10 – my sisters were keen on horses and I used to spend Saturdays and Sundays messing around in the yard while they pampered their ponies – I was the little brother they were stuck with,” he says with a smile. We meet at Hunter headquarters in London on a miserable wet day perfectly suited to its all-weather protection.

Forty minutes late, he arrives full of apologies, dressed casually in a black sweater and trousers, a combination that highlights his penetrating blue-grey eyes and commanding presence.

One of the UK’s most sought after creative consultants and once described as the “acme of connectedness” for his network of high-profile contacts, Willis has been making a splash with Hunter – now owned by a US private equity firm – since his appointment as creative director last year. The company was founded in 1856 as the North British Rubber Company and Hunter boots have been longstanding British countryside staples reinforced by a picture of Princess Di wearing a pair at her engagement in 1981. But when model Kate Moss rocked up to Glastonbury in green wellies in 2005, the boots made international headlines and changed Hunter’s image and fortunes overnight.

So is it now a brand for posh girls at festivals? “I don’t think that’s the case at all,” he says. “Hunter has a reputation that was associated with a certain country sector. It was perceived as the bottom half of a waxed jacket look and that was fine at the time. But Kate Moss changed everyone’s perception. It is worn by a wide church, from the fashion-conscious to the mum or dad walking the dog, and that is why it is important to create brand segmentation to develop a wide customer base,” he says.

Two divisions have been established, Hunter Original for the fashion-conscious and Hunter Field catering for the traditional customer, tech and performance focused. Already two imaginative shows at London Fashion Week for Hunter Original have shown Willis’s sharp instinct for promotion and development using familiar elements of the boot design in new ways, such as zany high-heeled ankle boots, and launching its first clothing line with stylish weatherproof gear including macs, ponchos and vinyl capes.

His runway shows are also, he says, about the “full immersion experience” of the brand. “You have to generate Instagram images and attract all social platforms and that is top of my brief – shareability and talkability,” he says.

In the front row for his debut collection was his wife Stella McCartney. “I haven’t missed any of her shows. My support is always there. And now she has returned the favour – she can’t say no. We always have the kids [they have four small children] at her shows in Paris. It gets harder as they get older, but it relaxes Stella and having them there, when it is so incredibly pressurised, makes it a bit more pleasurable and palatable experience.” 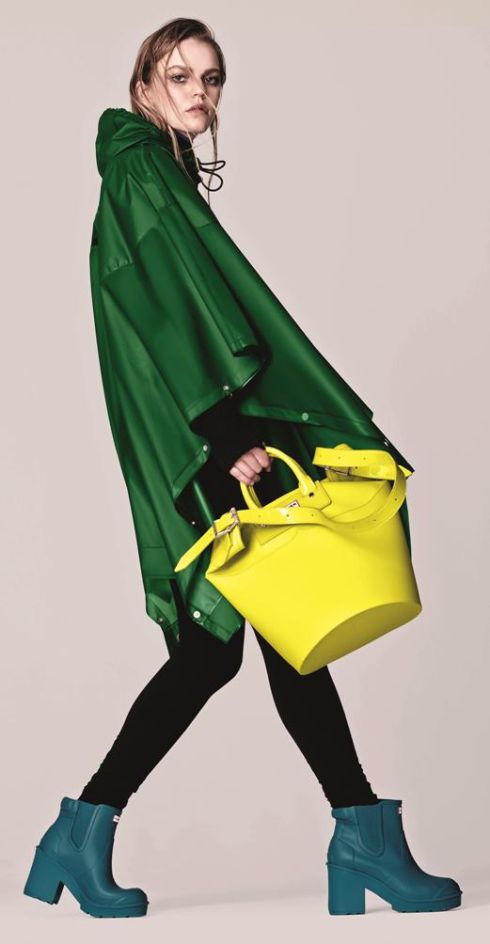 In November Hunter opens its first standalone store on Regent Street alongside Burberry, a key milestone in its development as a global brand. “The whole British heritage thing is very important. To be honest it was one the brand didn’t talk about much. I am keen to tell the story but it is important not to become too dependent on that because you can become too preoccupied with the past. It is a brand that looks forward, is about innovation,” says Willis.

His creative and commercial career credentials are impressive. Willis, who has a masters in fine arts from Slade School of Fine Art, was a co-founder of Wallpaper magazine and created furniture and design company Established & Sons in 2004.

His consultancy, Announcement, has clients that include David Beckham, Adidas, Richemont Group and more recently Christie’s where he is helping to define 21st century design. “I studied painting and was making art at a time when artists were becoming more aware of the world and building their own brands like Jeff Koons in the US. I came through that generation and learnt how creativity could be harnessed to commercial success like Tom Ford [did] at Gucci. Artists were thinking on those terms, so there was nothing to stop me starting a magazine and developing skills in each area of industry,” he says.

The opening of the flagship “will make a big statement of where we are taking Hunter. I deliver a clarity of vision in what I do and I will drive that through both internally and externally and overall I get results. I don’t use smoke and mirrors with anyone. I am open and transparent and get on with it. I am all about delivering results and I won’t get involved in a business unless I can have a significant impact,” he says.

As he leaves, pointing out how modern the original Green Hunter, composed of 28 individual parts, looks 60 years later, it is clear his sweeping new ideas will propel this august brand into ripe new fields for development.

The Hunter Original pop-up, in Brown Thomas Dublin and BT2 Dundrum until October 29th, features ponchos, puffas and duffel coats along with the classic Hunter boot in various colours. The spring/summer collection will arrive in January