Fees for private international schools can cost upwards of €10,000, but many employers will pay as part of a salary package 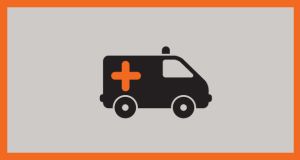 Most expats heading for the Gulf States will have private health insurance, typically paid for by their employer.

Education
If you have children, paying for their education is likely to be the biggest expense in moving to the Gulf States. According to the HSBC Expat Explorer, for example, the vast majority of expat parents in the Middle East opt for private schooling:  Qatar (84 per cent), Bahrain (80 per cent) and the United Arab Emirates (77 per cent).

“Private education is the only option and it is very expensive,” says former Abu Dhabi resident Dearbhalla Baviera, noting that there are British, American and international schools to choose from and most kids transition very well.

“It is an amazing experience for them to have friends from all over the world,” she says, but adds that the transient nature of the place means “making new friends and saying goodbyes frequently”.

Gems Wellington Academy in AL Khail in Dubai, for example, which follows the British curriculum, costs from €9,425 to €20,505 a year, while after-school activities are also hefty.

In Bahrain, free public school education is available, but private international schools are another option. Primary school fees at AMA International School in Bahrain for example start from about €2,900 a year.

In Saudi Arabia, the British International School in Riyadh will cost between €11,775 and €19,000 a year for secondary school education.

Health
The majority of expats heading for the Gulf States will have private health insurance, typically paid for by their employer.

In Oman, Andrea Linehan found the care “no different to Ireland”, with friends having good experiences of the medical system.

In some states such as Qatar, free emergency treatment for everyone who registers – expats included – is available.