The old television that brought down one village’s broadband 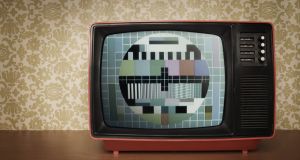 ‘When we pointed this out to the resident, they were mortified that their old secondhand TV was the cause of an entire village’s broadband problems.’ Photograph: iStock

For 18 months, at precisely 7am every day, the broadband signal in the tiny Welsh village of Aberhosan simply vanished.

Engineers were sent to the remote settlement in mid Wales, which has a population of just 400, to investigate the problem. They spent days testing connections and replacing cables until they finally got to the root of the problem – one villager’s old telly.

The resident, who has asked not to be identified, turned his secondhand television on each day at 7am. It created a burst of “electrical noise” that brought down the neighbourhood’s broadband.

Openreach engineer Michael Jones said: “As you can imagine when we pointed this out to the resident, they were mortified that their old secondhand TV was the cause of an entire village’s broadband problems, and they immediately agreed to switch it off and not use it again.”

Jones said the problem had gone on for months. “Not being able to solve the fault for our customers left us feeling frustrated and downbeat, but we were determined to get to the bottom of it,” he said.

“As a final resort we decided to bring in a crack squad of engineers from the chief engineers office who were based in other parts of the UK to investigate.

“We wanted to do one final test to see if the fault was being caused by a phenomenon known as Shine (Single High-level Impulse Noise) where electrical interference is emitted from an appliance that can then have an impact on broadband connectivity.

“We walked up and down the village in the torrential rain at 6am to see if we could find an electrical noise to support our theory. And at 7am, like clockwork, it happened. Our device picked up a large burst of electrical interference.”

The engineers knocked on the door and the problem was solved.

Suzanne Rutherford, Openreach chief engineer’s lead for Wales, said outdoor lights and even microwaves can potentially have an impact on broadband connections.

She said: “We’d just advise the public to make sure that their electric appliances are properly certified and meet current British standards.”

Villagers in Aberhosan said they wanted to make sure their neighbour had thrown out the old television.

Retired builder Bill Childs, 79, said: “We’ve had broadband problems for as long as I can remember. In the past few years we must have had 30 to 40 engineers to the house.

“I need the broadband to do my grocery shopping. I’m almost 80 and with Covid especially I rely on my shopping to be delivered.” – Guardian

From the past to modernity: images of Ireland transforming
8 Two Ivory Swans
9