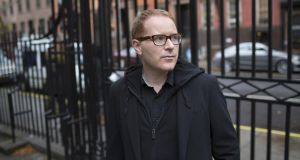 Conor McPherson, Brian Friel and Enda Walsh are just some of the Irish authors to feature in this year’s Dublin Theatre Festival. The programme has 28 productions across 22 different stages in Dublin, with 11 new Irish works in the pipeline. The Night Alive, Conor McPherson’s award-winning play, will open the festival in a new co-production with Belfast’s Lyric Theatre at the Gaiety. The cast includes Adrian Dunbar, Kate Stanley-Brennan and Laurence Kinlan.

“If we hadn’t done this, Irish audiences would have missed out on a new play by a Dublin writer,” says artistic director Willie White. “Conor hasn’t premiered a play in 20 years here because London is where it works for him.

“We made it happen. And it wouldn’t have happened if we weren’t able to forge a successful partnership with the Lyric.”

Dancing at Lughnasa gets a 25th anniversary production, directed by Annabelle Comyn. The Last Hotel, a new opera from Landmark Productions and Wide Open Opera, will transfer from Edinburgh. It’s a collaboration between composer Donnacha Dennehy and playwright Enda Walsh.

Dead Centre will be following up the success of Lippy with a new work, Chekhov’s First Play. And Arthur Riordan and Bill Whelan will collaborate on a new Rough Magic musical, The Train, about the 1971 journey by a group from the Irish Women’s Liberation Movement to Belfast to buy contraceptives.

TheatreClub will tackle the subculture of prostitution in The Game, which asks male members of the audience to take part in the show. “This is in anticipation of the Swedish type model being proposed for Ireland,” says White. “They are effectively staging the debate.”

Wayne Jordan will direct his new version of Oedipus at the Abbey Theatre, while Joe Dowling will return to the Gate Theatre with Arthur Miller’s A View from the Bridge. There will also be festival events around the centenary of Miller’s birth.

The leading light in the international programme is The Curious Incident of the Dog in the Night-Time, adapted by Simon Stephens for London’s National Theatre, which will be in the Bord Gáis Energy Theatre. Halory Goerger had a 2013 hit with Germinal: he returns with Corps Diplomatique, which looks at what happens when a group of artists are left drifting in space, with a few thousand years to write a play. Pascal Rambert’s raw look at the final stages of a broken relationship Cloture de l’Amour will be at the Samuel Beckett Theatre.

White is reluctant to go down the thematic route with festivals. “The theme is theatre. What we are trying to do is present as wide a variety as possible, from rock solid to more experimental theatre, and from sensibilities to scale. We’re guided by the artists and try to be responsive to the ideas that they have.

“[Dublin] is now more confident, more global and more diverse, but there is still a sense that the city is not everything it can be. We’re emerging from the worst of times and now we have an opportunity to think about what will make Dublin thrive into the future. The festival is ready to play its part in this story by creating reward experience for the time we spend together.”

Brigitte Nielsen on giving birth at 54: ‘I was trying until there were no embryos left’
8