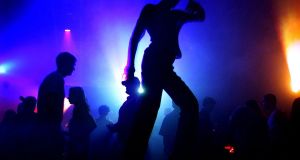 Users would also be encouraged to put small amounts of the drugs into the special disposal bins for analysis. Photograph: AP

Drug users in festivals and clubs may now be able to use special drug disposal bins to dump drugs without being charged by the Garda.

Last month, the Government launched its national drug strategy with a focus on developing a “health-led” approach to substance and alcohol use.

He said that often the fear of getting searched causes drug users to consume the full quantity of drugs they have on them. But with the presence of amnesty bins, they could now safely dispose of their drugs.

Dr McGovern also said that users are encouraged to “put small amounts into these bins for analysis”.

“[Gardaí] are looking at seeing what the actual level of drug is, in terms of purity,” he said. So they could get a “real-time feel for what’s on the streets.”

Dr McGovern said this has been implemented in Canada, the US and the UK.

He described another variant of drug disposal, what is known as “purity testing” where drugs are brought in and tested. “It’s crucial that people know what they’re taking.”

Dr McGovern rejected the notion that purity testing and amnesty bins send a message that normalises drug use.

“Purity testing and amnesty bins are a relatively new phenomenon,” he said. “Drug using at festivals has been going on since the beginning of festivals.”

He continued: “Even if you don’t have these facilities, people will still take drugs. What [the Garda] are trying to do is get away from a prosecution, criminal-justice way of dealing with drugs to a more health-focused way of dealing with the problem.”

“The more punitive laws are regarding drugs, doesn’t make drug using less prevalent,” he said. “That’s the reality. That’s what all the research tells us.”

On July 17th Taoiseach Leo Varadkar launched a strategy to address the drug and alcohol problem in Ireland.

A spokeswoman for the Department of Health said the Government’s response in relation to addressing the drug and alcohol problem in Ireland in the coming years is encapsulated in the Reducing Harm, Supporting Recovery strategy. It is “a health-led response to drug and alcohol use in Ireland”.

The strategy contains specific actions on “strengthening early harm reduction responses to current and emerging trends and patterns of drug use” said the spokeswoman.

This involves establishing a working group to examine the evidence in relation to early harm reduction interventions, such as drug testing, amnesty bins and media campaigns. A national oversight committee will be established in September to lead the implementation of the strategy. “This committee will prioritise the delivery of the strategic actions and this process will determine the time frame for the establishment of the working group and the completion of its work,” said the spokeswoman.