Pat Egan: still promoting after all these years

Pat Egan was one of the first to bring big rock and pop shows to Ireland, and after decades of promoting acts such as Bob Marley, and many walks on the wild side, he’s still in business 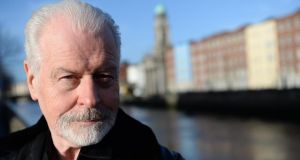 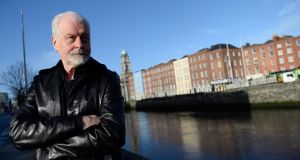 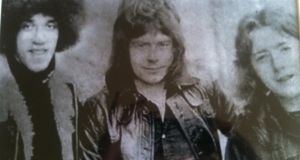 Pat Egan is still in the game. The years since his first dalliances with live-music promotion have become decades, but Egan is still out there hoping he’s made the correct call and got the sums right. He’s still putting on shows, flogging tickets, enticing punters to come out at night, trying to make some and lose less. You don’t lose your fever for this racket in a hurry.

Egan claims he’s shy and reticent, but get him talking and the stories flow. Long before the high-stakes, multimillion-euro Irish live-music business of today, promoters such as Egan were frontiersmen as the industry grew and developed.

“It was the wild west,” he says of those first forays into promoting in the 1970s. “It was completely new because no one had done this before. At the start, we didn’t have a clue because you never got that many people at a gig before.”

He remembers a Queen gig in Dublin’s RDS where “there were maybe 7,000 or 8,000 people pushing against the gate and you could see the sand coming out of the bricks from the pressure”. There was a Status Quo gig in the Navan Exhibition Centre when “the doors came off the hinges” from the crush of bodies trying to get in.

Egan promoted Bob Marley at Dublin’s Dalymount Park in 1980. “We sold 19,000 tickets and there were about 5,000 counterfeit tickets. It was all paper then so that happened all the time. There was no Ticketmaster, no clickers, none of that. You paid the act a fee – I think it was £30,000 for Marley – and you didn’t even have to have a licence. It was much different for the promoter.”

But Egan had many adventures before he started selling tickets. As a kid growing up on Dublin’s Dorset Street, music and the radio were constants and, even when he was working in a hardware place in Smithfield, he knew he wanted to do something that involved music.

He wrote to people such as the broadcaster Ken Stewart for advice and appeared on RTÉ’s Pick of the Pops show a few times (“my nerves nearly killed me”). He persevered and was soon writing a column for Spotlight magazine and DJing in clubs such as the Five Club and Moulin Rouge.

He spent a brief spell on Radio Caroline. “I was brought out to the ship on a tiny boat from Greenore in Co Louth in the middle of winter and had to climb up on to the Mi Amigo. I’d never been away from home and here I was in a tiny cabin with gales and storms blowing and there was no way off until your three-week shift ended.”

Cutting-edge bands
Egan fared better back on terra firma in the booming Dublin club scene of the 1960s. “They were busy seven nights a week, no drink was sold, there was no fire exits in most of them,” he recalls. “The bands were the cutting-edge bands of their time – The Creatures, The Action, The Nice, The Method, Henry McCullough and The People. Lots of great bands. It was very raw in those days. It was a whole new beginning because of the Beatles – they revolutionised everything.”

DJs needed records to play and Egan noticed that it was “really, really difficult” to get records on the week of release in Dublin. Delays of up to six weeks were commonplace.

“There was just nobody in the record companies who was aware of the developing market here. You might get a Rory Gallagher a week after release, but that was the exception.”

He had an idea for “an underground record shop which didn’t sell Nana Mouskouri or Elvis” and set up in a basement at the top of Grafton Street. That was Sound Cellar and it led to six shops in all (two in Dublin, four in Cork).

There were other reasons, too, to get away from the clubs. “The disc-jockeying was great and I enjoyed it, but I was drinking too much scotch and coke and chasing too much skirt. I’d hang around with a gang of people like Phil Lynott and we had a good time. Too much of a good time.”

With the record shops came his foray into live-music promotion. His first show was Steeleye Span with Terry Woods and Tim Hardin in the National Stadium and it grew from there. Acts such as Queen, Status Quo and The Stranglers all featured on Egan bills through the1970s and 1980s.

“I remember doing The Stranglers in the Top Hat in Dún Laoghaire when they were supported by U2. Apparently, Adam Clayton came into the Stranglers’ dressing room and took one of their bottles of wine. I think we paid them £200 for the support slot. Larry was the hustler in the band. He’d come into the record shop on Duke Street and ask about that gig or that support.”

The live industry back then was rudimentary compared to what it is today. “There was no sitting down afterwards with forensic accountants looking at every receipt. You could walk away with money. It was easier to get those bands back then too. Now, it’s so difficult because there are so many different elements involved. I much preferred to deal with managers directly.

“My very first contract, and I still have it, was for Van Morrison in the City Hall in Cork and he was taking 90 per cent of the net in those days. I’ve been promoting Billy Connolly all my life and the last tour I did was 92.5 per cent to him and 7.5 per cent to me. Peter Aiken told me that his deals with Bruce Springsteen were 97.5 per cent and 2.5 per cent. That’s the way it has gone.”

It didn’t suit how Egan liked to work. “The deals were starting to change and the margins were getting tighter and tighter so it became a volume business. That’s why MCD and Aiken’s do so many shows. I dropped back and concentrated on what we do well.”

Egan did try other ventures. He owned and ran Dublin venues such as the Waterfront and the Backstage Bar and had “terrific years” managing acts such as Sinéad Lohan and the Celtic Tenors.

“Musicians like to see their names on the street, even though they might be all over the internet. Posters have always been a big thing. Denis Desmond still rings me up to this day going ‘where’s the f***ing poster? The manager has come into town and he can’t see any.’ It’s still a public statement. The younger bands don’t put up posters – they don’t have the money – so they rely on Facebook. Record companies also don’t do posters any more. It’s been hard to keep the poster business, but it does well.”

Heart and soul
The heart and soul of Egan’s business, though, remains the live shows. Maybe not as high profile as Marley at Dalymount Park or as hair-raising as Status Quo in Navan, but he puts on shows and they pay the bills.

“We build shows around acts who were hugely popular. I knew from childhood that Mario Lanza was hugely popular so I put together a show using footage and videos and it was a big success. I’ve created similar things with Matt Monro, Connie Francis and Perry Como. Red Hurley wouldn’t draw 200 people on his own in Dublin, but put on a show like How Great Thou Art with him and it’s different.

“The market is there and I’ve tried to broaden it out. The most difficult thing is getting exposure for what are perceived as tribute things. Tribute is a very bad word because it means the tickets are €15 and you don’t make any money. You have to drop the tribute thing and create a celebration or experience so the tickets can be €35 so you can pay everyone.”

Most of all, Egan appreciates the fact that the deals are straightforward. “I like to do things where someone says ‘I want €10,000 for the night’, and that’s grand, I can work with that. But I don’t want some guy coming along after I pay him, pay the hall, pay for the promotion and looking for 50 per cent of what’s left. It’s a very tough business. No normal businessman would go into a business like this. You just wouldn’t do it.

“I’m very happy with certain things. I know my abilities and limits and wouldn’t want to be under that kind of pressure. As you get older, you see how that destroys people. All that pressure means it’s difficult to sleep at night. And what’s it for at the end of the day? Nothing. A waste of time.”

Among Pat Egan’s upcoming shows are A Skull in Connemara at the Gaiety Theatre (Jan-Feb), Red Hurley with Aled Jones at the Gaiety (Feb 3-8); Finbar Wright celebrating Pavarotti at the NCH (Feb 12, then touring); and Julio Iglesias at the O2, Dublin (May 15) and the Odyssey Arena, Belfast (May 18). See pateganmgt.ie