Jim Carroll: Meerkat and Periscope aren’t new ideas; but they work smoothly so they might as well be

The beauty of the new arrivals is that they pass the easy, foolproof tests. The heavy lifting has been done and the tech is ready for mass market 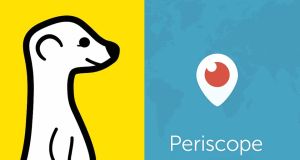 The great thing about technology is that it eventually catches up with our imagination. Back at the dawn of time (ie the late 1990s), I remember many meetings where the “wouldn’t it be great if . . . ” conversation revolved around the possibilities of online music broadcasts.

Back then, as the people at the meetings with the technical know-how pointed out, the technology was just not there for what we now know as streaming. It took about a decade for the tech to come to fruition and enable simple, foolproof music streams to be available at our fingertips.

When the tech does catch up, the possibilities are endless. At many gigs during SXSW, there were folks pointing their phones at the stage, but these fans weren’t taking selfies in many cases: the Meerkat app was running and they were streaming the show to whoever was watching online.

You can be sure a massive number of live music shows will begin to turn up on Meerkat or its rival Periscope service. The apps work and, even more importantly, the video and audio quality of most phones are now a hell of a lot better than they used to be.

Cue another series of debates and discussions about whether this is a good or a bad thing for the music sector. Because it’s the music business, where cash is king, there will also be a rake of pieces about how acts, labels and assorted interested parties can make money out of it.

Then, there’ll be the inevitable enhancements, improvements and me-too apps. Someone is probably working on an app to aggregate live different Meerkat streams from the same show – or if they’re not, they should be.

Of course, there will also be a rehash of the various observations and articles that accompanied previous live streaming iterations such as Chat Roulette. The first Meerkat sex tape scandal can only be weeks away. But those discussions can wait. Right now, the fact that technology exists whereby someone can point their phone at a band onstage and broadcast what’s happening is something to behold.

Yes, it’s not the first. There has been plenty of online nostalgia about Qik and Ustream on the back of Meerkat mania, but the beauty of the new arrivals is they pass the easy, simple and foolproof tests. The heavy lifting has been done and the tech is ready for the mass market. When it comes to the mass market, you’ll need to make like Apple. There were many music players, digital music stores and smartphones in operation before the iPod, iTunes and iPhone, but it took Apple’s plug-and-play ease of use to convince the public to jump in.

No one is saying Meerkat or Periscope are flawless, but they’re easier to use than anything that has been around before. Video streaming just got a whole lot more interesting – and it’s way better than watching another Vine. 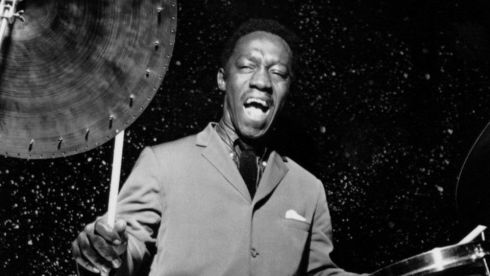 YOU’VE GOT TO HEAR THIS

The man responsible for one of the five-star album releases of 2015 is due to play Dublin. Archie Fairhurst goes by the name of Romare and his album Projections is a rich symphony of sounds stitched into dazzling canvases. He supports DJ Koze at District 8 Saturday night.