From the genius of Máirtín O’Connor and the huge contribution of the Irish Traditional Music Archive to the magpie stylings of Ensemble Ériú, the list of recipients of the annual TG4 awards is impressively diverse 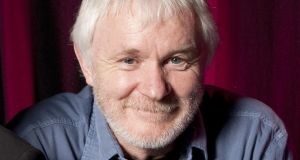 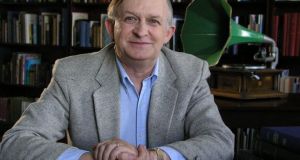 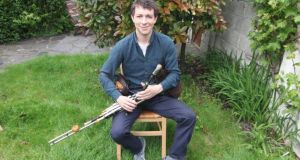 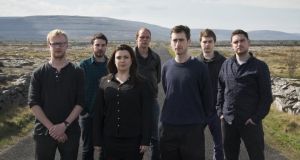 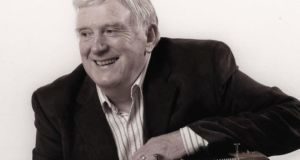 Bobby Gardiner, who entered the Hall of Fame 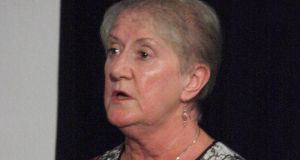 Over the past 17 years, TG4’s annual Gradam Ceoil Awards have made it their business to train a spotlight on a handful of those who have pushed the envelope in a variety of ways. Generally, Gradam Ceoil recipients fly well below the radar, far from fleeting soundbites, but cheek by jowl with the many listeners, players and singers who gather in sessions, feiseanna and fleadhs across the country.

This year, the list of recipients is eclectic. Genius is an overused word, but it sits lightly on the shoulders of Galwegian accordionist and tune composer Máirtín O’Connor, who will receive the Gradam Ceoil TG4 Traditional Musician of the Year Award. O’Connor’s impish, quizzical style is as distinctive as a fingerprint, and his cache of original compositions along with his store of traditional tunes would offer a lifetime of listening to anyone with an ear cocked for the music. Even the most cursory listen to his tune The Road West reveals a musician who has never let the limitations of human anatomy limit the intricacies of his compositions. Drive from Galway to Clifden with that tune as your soundtrack and you will relish every hollow and hump on the road.

This year the Irish Traditional Music Archive is recognised for its outstanding contribution to traditional song and dance. Since it was established in 1987, ITMA has been at the cutting edge of technological innovation in assembling, preserving, cataloguing and disseminating the traditional song, instrumental music and dance of Ireland. Nicholas Carolan, the archive’s director since its foundation, leaves a rich legacy as he retires this year. ITMA has more than a million items in its archive, including more than 5,000 free digitised interactive scores. It is used by more than 100,000 visitors each year, a growing proportion of whom are virtual, thanks to its extensive online database.

Impact of the internet

For two decades, Carolan has hosted the archive series Come West Along the Road. In 1987, could he have envisaged that the ITMA would achieve the success it has?

“Actually I think I could, though perhaps not in the fine detail,” he says. “I didn’t know the impact that digitisation and the internet would make. But in general I think I did, simply because I knew of the richness of Irish music. I knew the potential that there was in it: the printed history, the recorded history. I knew in outline the bibliography and the discography of the music. I didn’t know the fine detail, and I certainly didn’t know the level of State support we’d get: we started with €20,000, and our current grant from the Arts Council is €610,000. I did feel that we’d get a lot of support from the community and we’ve had a great richness of material donated. So in a funny kind of way, I’m not surprised at how things have turned out.”

The democratisation of the music is a happy upshot of technology’s progress, Carolan says. Gone are the days when artists were at the mercy of record labels. In their place is a new dawn; not necessarily a lucrative one, but perhaps one that reflects the needs of the tradition more honestly.

“When ITMA was established, there were a number of recording companies who were the gatekeepers,” says Carolan. “It’s a complete transformation now. Nearly all publication is self-publication. The challenge for us is to keep up to date with that. It’s very positive because people are defining themselves. They’re saying, ‘This is who I am in musical terms’, whereas in the past they had to figure out what aspect of themselves was acceptable to the label. It more accurately reflects the richness of the tradition. It enables the tradition to be itself in a way that it couldn’t back then. It’s an extraordinary phenomenon and trying to surf that wave is a challenge to us.”

Carolan’s Zen-like approach to the task of archiving our music and dance traditions is a definite yin to the yang of Ensemble Ériú, recipients of this year’s Musical Collaboration Award. The seven-piece has only been together since late 2013 but their eponymous debut (released on founding member Jack Talty’s Raelach Records) is an ode to the tradition, shot through with minimalist influences and enough space to allow every tune to breathe. This outfit marries concertina and bass (Talty) with flute and whistle (co-founder Neil O’Loghlen), and five other musicians drawn from jazz and contemporary music.

“We don’t categorise who we listen to,” O’Loghlen says. “It might be Steve Reich and then Shostakovich, or Tony MacMahon and Charlie Parker.”

“Most traditional musicians have a knowledge of other musical styles,” says Talty. “It’s just that people are selective and revisionist about the history of traditional music. It’s only when you dig a little bit deeper that you realise that things are not always as they seem. You can hear such innovation in the playing of someone like Micho Russell or [Sliabh Luachra fiddler] Paddy Cronin. ”

If The Gloaming have reached past the usual boundaries of the tradition, Ensemble Ériú are stretching and bending it – with an undeniable Clare influence – in other directions. Talty and O’Loghlen, long-time school friends from St Flannan’s in Ennis, were intent on drawing a more contemporary sound out of the traditional tunes they have loved since they first heard them as children.

“We’ve both studied music from different perspectives, but I think what you hear on Ensemble Ériú is more a process of osmosis,” says O’Loghlen. It’s subconscious. We listen to old recordings and we hear such innovation from the likes of Micho Russell, and, on a more contemporary level, Noel Hill, and of course a huge influence has been Tony MacMahon.”

Having recently composed a Jack B Yeats suite of music, to be recorded later this year, Ensemble Ériú are also working with Tony MacMahon on his final recording, his farewell to music. The wheels of the tradition will be greased for a while yet.

“When you think about something for a long time, it becomes very honest, very transparent,” says O’Loghlen. “For us, the biggest evolution has come from live performance. Everything we do, see and play, we filter, and it ends up influencing us in some way. But at the end of the day, the most important thing is to be yourself. That much we’ve learned from the greats, like Tony MacMahon and Micho Russell.”