The days when audiences outside France sniggered at French music are well and truly over thanks to acts such as Phoenix and Daft Punk. Jim Carroll on how French music got so hip 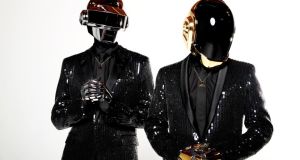 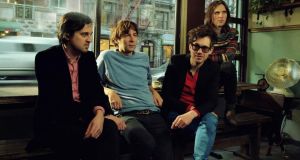 The fact that the most infectious, feel-good tune of the year was made by two French lads usually seen sporting motorcycle helmets is a sign of the times. Daft Punk’s Get Lucky may star the suave guitar of Nile Rodgers and be pebbledashed by the affecting falsetto of Pharrell Williams, but the real work in the engine-room was done by Thomas Bangalter and Guy-Manuel de Homem-Christo.

The fact that one of the best albums of 2013 so far was also made by French musicians further helps this Gallic pitch. Phoenix’s latest album Bankrupt! is a creative slam-dunk, an album where the band’s sunny retro-pop, languid hooks and cosmopolitan melodies comes with added muscle thanks to producer Philippe Zdar. That they’re spending the year playing these tunes to audiences at festivals worldwide from Coachella to Primavera to Longitude is testament to the appeal of where Phoenix are at right now.

But Daft Punk and Phoenix are not alone in the current French musical peleton. A country which for decades was viewed as a byword for mainstream musical naffness (with honourable mentions to the contrary for Serge Gainsbourg) blossomed from the early 1990s onwards. Bangalter and de Homem-Christo were very much to the fore in changing perceptions about French music. The release of debut album Homework in 1997 focused attention on what was going on in Paris and started a wave of interest in the new French school.

But they weren’t the only ones in the field. Electronic music provided the bulk of this vanguard with acts like Air, Cassius, Justice, M83, Yelle, Black Strobe and others, plus a long procession of veteran DJs and producers like Laurent Garnier, David Guetta and Etienne de Crécy, putting a French spin on the agenda.

Other genres have been just as prolific. In recent years, France has given us alluring radio anthems from The Dø, mesmerising soundtracks from Yann Tiersen, headspinning psych from Ulan Bator, innovative vocal spectaculars from Camille and startling urban blues from Disiz.

There have also been bespoke indie grooves from Fránçois & The Atlas Mountains, chic folk and boho pop from Lou Doillon and turntable twists and turns from C2C. You could also add teenage producers like Madeon and Carbon Airways or the prolific David Grellier (AKA College, as featured on the Drive soundtrack) to those electronic names mentioned above. The French buzz is hard to avoid.

The confidence, assurance and quality of this music is apparent to those both inside and outside the country. Frank McWeeny is a French DJ and radio presenter based in London and is well placed to see both sides of the coin.

“I don’t think it could be in a better state, to be honest”, McWeeny says about the current scene. “As much as exporting music goes, France has always had a big reputation for massive rock and electronic artists like David Guetta or Bob Sinclair or rock’n’roll figures like Johnny Halliday, but people outside the country used to still laugh at the idea of French music. But now, especially since the release of new Daft Punk album and the return of Phoenix, you can’t ignore the really good stuff that is coming out from there.”

Jeremy Meleard works with French festivals like Trans Musicales and shares this belief. “There are more and more bands singing in English with a French touch so it’s much easier for them to appeal to the foreign market.”

Singing in English was something which marked Phoenix out at the start. “When we started the band, we sang right away in English”, says singer Thomas Mars. “There was no question of doing otherwise. Most of the bands we liked were from England or the United States and that’s what we did and I know a lot of people in France didn’t like that.

“What we did was the opposite of what all the French bands in the ’60s did. Back then, they were singing in French, but doing covers of American music. We do it the other way around, singing about very French subjects like culture and Napoleon in English. Now, though, people have started to like us, but we haven’t changed.”

McWeeny points out that there are still a considerable number of French language acts who are unknown beyond their native land.

“There’s so many French artists who only play in France or Quebec or Belgium, which are the French speaking countries. It’s better if they go international but there are a lot of acts who stay in France, especially the electronic acts. One of the problems is trying to find a way to go outside the country. As soon as it happens, though, they become massive, as if by magic.”

Acts who sing in French can enjoy a huge amount of domestic radio airplay thanks to former Minister for Culture Jacques Toubon and his “loi Toubon” enacted in 1994. This law ensures that 40 per cent of the music played on the country’s radio stations is in French, a boon for homegrown acts, though not for acts like Phoenix who choose to sing in English.

But Phoenix were an act who always looked beyond their homeland. The slow, steady build since their debut album “United” in 2000 – the band’s first major profile booster being an appearance on the Lost In Translation soundtrack, a film directed by Sofia Coppola who is now married to Mars - has served them well.

“I grew up in Versailles which was such a small place that music from Paris seemed like music from a different country”, says Mars. “I think it gives you some sort of freedom that you can take anything you like and you don’t have to belong to some scene and you can be inspired by many different styles. Now, with the internet, you can reach anywhere. You don’t need a record deal or to be on the radio for people to hear you.”

All of which must have an influence on the new acts coming to the fore in France. Jeremy Meleard believes that “there are no complexes anymore with French music because of bands like Daft PunDk, Phoenix or Justice”.

But for this French musical revolution to continue, Frank McWeeny cautions that French acts need to maintain their uniqueness rather than copy what’s in vogue elsewhere.

“My personal point of view is that many of the French acts are trying too hard to sound English and that’s not going to work. Daft Punk and Phoenix have made music which is very accessible with English lyrics, but there is always a little French touch to the music, which is what makes it work. There is already so much English music that no-one needs any more. The French acts need to remember that.”

OH LÀ LÀ THE FRENCH FESTIVAL SCENE
For those seeking a crash course in French music trends, there are a number of festivals where you can run the rule over some of the current star names and rising attractions.

Regardless of whether you love it or hate it, there’s no denying Pitchfork is one of the most influential online music publications. The US-based title’s French festival takes place at the Grande Halle de la Villette in Paris from October 31st to November 2nd, and will feature The Knife, Hot Chip, Warpaint, Disclosure, Jagwar Ma, Todd Terje, Omar Souleyman, Iceage and dozens more. A weekend pass will set you back €129 . See pitchforkmusicfestival.fr

One of the best European festivals for new, innovative music is Trans Musicales. Running since 1979 in Rennes and curated by Jean-Louis Brossard, Trans has been to fore in introducing new international acts to French audiences and French acts to visiting music industry professionals.

This year’s festival runs from December 5th to 7th and the first acts to be announced are Le Vasco, The Skins, Melt Yourself Down, Public Service Broadcasting, and Gang Do Eletro. Weekend tickets are currently on sale at €66 . See lestrans.com.