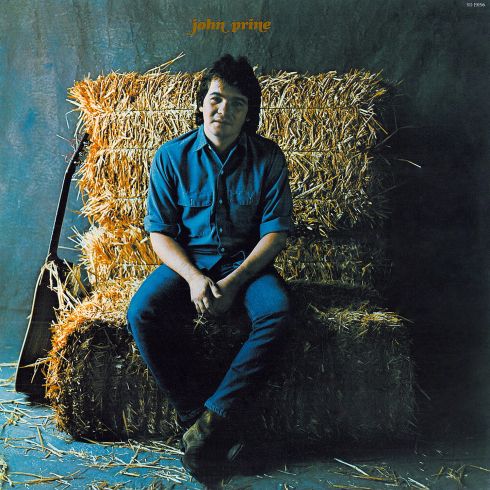 Of all the precarious positions one can occupy within the realm of music the singer-songwriter’s lot is potentially the unsteadiest of them all.

Before any consideration is given to the rudimentary characteristics of sound that will make a song work or not, a lyricist has to first lay the cornerstone with words. Everything else will be set in accordance to their expression. It’s not enough to simply have something to say, there’s also the way that you say it and a whole lot more besides.

There are so many variables. Every little thing counts. All the nuances of speech and language are magnified ten-fold within the contours of a song. Finding one’s own voice in this regard is the most elusive path in any art form.

From the very get-go John Prine was a man who could walk that line with the nimble grace of a tightrope dancer. His opening salvo was incomparably self-assured. This debut album is a repository of deeply poetic insights into the darkness on the edge of town and that which covers the outer limits that lie beyond.

He has an archeologist’s touch for uncovering beneath-the-surface truths. This he manages to do with such insightful humour that he somehow brings his subjects closer to the possibility of redemption.

There’s a believability in his voice that adds weight to his hymns of sorrow and salvation. He speaks from a place of consolation.

The unerring accuracy he displays when it comes to bringing the dispossessed to life could have something to do with his occupation before he hit the big time with this release in 1971. Prine was a mailman in his native Chicago up until that point, a pursuit he describes as paying daily visits to a library without books.

He learned well. The characters that inhabit these songs are spun from a surefire grasp of the poetics of the ordinary. In ‘Donald and Lydia’ he paints a strikingly poignant picture of two smalltown folk trapped in the lonely embrace of a loveless kiss. There is no escaping the emptiness:

“Mostly they made love from ten miles away.”